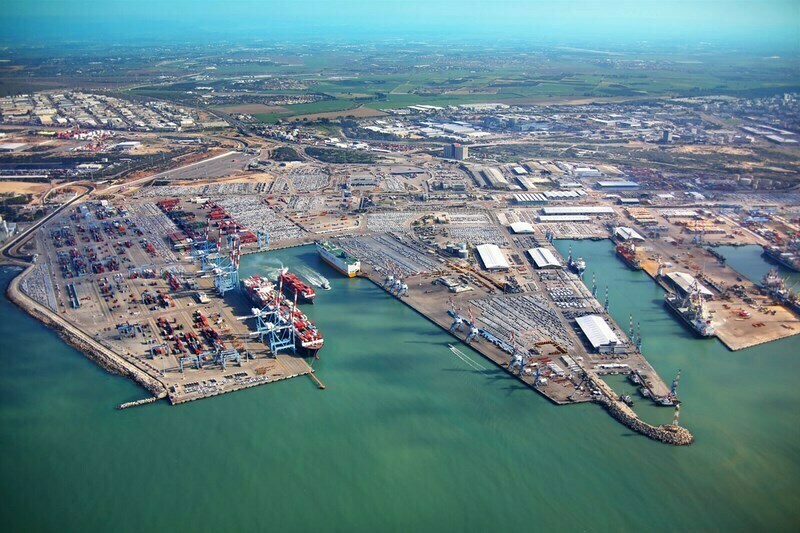 Ashdod Port Company has signed a cooperation agreement with the Port of Barcelona in order to promote Israeli innovation in Europe, according to a press release.

An official delegation from the Ashdod Port Company, led by Orna Hozman Bechor, chairlady of the board of directors, including leading startups from the port’s innovation incubator, traveled to the Port of Barcelona on September 12 to sign the agreement on technological innovation. according to a statement by Ashdod.

CYBER 2.0, which has developed technology to prevent the spread of cyberattacks within the corporate network, and CYBERVIEW, which has developed an ongoing and effective information security management platform, are two cyber protection companies that participated in the delegation and presented their ventures at the port of Barcelona.

“Our technology incubator has a great deal to offer in order to make the world of shipping and ports more efficient, from the field of logistics and transportation to control systems and green energy,” commented Hozman Bechor.

The delegation also involves Airwayz, which is in charge of an operating system that controls a fleet of drones, and EnWize, which developed augmented and virtual reality technology for training operations teams. The delegation further includes seven more Israeli startups.

Following a similar process at the Port of Ashdod, the startups will be able to conduct a pilot program at the Port of Barcelona as part of the agreement. The startups will benefit from field conditions in which to implement their developments, as well as being accompanied by an innovation agent acting on behalf of the port, in addition to the expansion of business and technological opportunities in the Port of Barcelona, one of Europe’s largest ports.

A similar representation is already in operation at the port of Newark in the US, in collaboration with the Port Authority and the New York and New Jersey Railways, with an annual budget of approximately $8 billion.

The Ashdod Port Board of Directors recently revealed an investment of roughly 4.5 million NIS in four of the incubator’s startups through the purchase of technologies and the signing of a royalty agreement.

“The Israeli innovation that we foster in our technology incubators has a great deal to offer in a variety of fields that will make the world of shipping and ports more efficient, commencing with the field of logistics and transportation and up to and including control systems and green energy,” added Hozman Bechor.