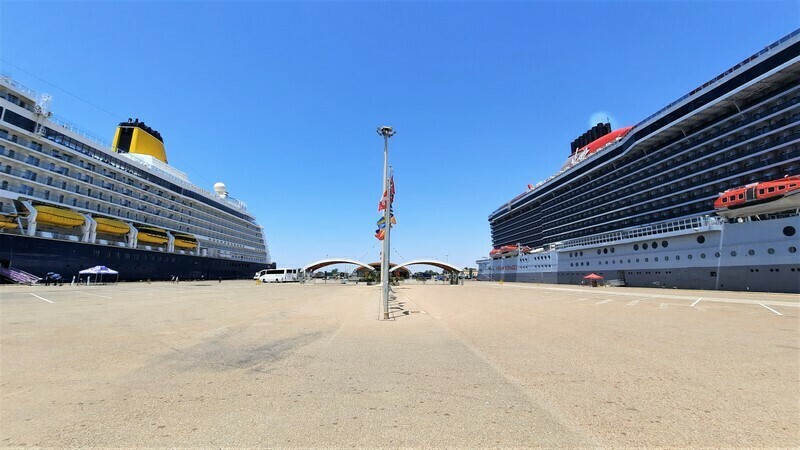 Saga Cruises’ Spirit of Adventure arrived at the Cagliari Cruise Port for the first time ever Thursday, June 16, according to a media release. The cruise ship was berthed on the western quay of the Rinascita pier, which also welcomed Valiant Lady of Virgin Voyages on its eastern side the same day for her inaugural call.

This isn’t the only maiden call scheduled for this week in Cagliari Cruise Port, which has also been under Global Ports Holding since 2016.

On Wednesday, June 15, Windstar Cruises’ Star Pride arrived in port, and on Saturday, June 18, Seabourn Cruise Line’s Seabourn Sojourn will dock for the first time at the cruise terminal.

According to the port, the number of calls has more than tripled in comparison to last season. The Cagliari Cruise Port, as well as the Port Network Authority of Sardinia Sea and the Municipality of Cagliari, have all been working in unison towards a post-pandemic recovery.

“To increase the appeal of Cagliari, it is necessary to invest in the development of the port facility, planning interventions such as the expansion of the cruise terminal, necessary to meet the numerous berthing requests already received for future seasons, and the subdivision of traffic, so that the whole area of the old port is dedicated to the reception of cruise ships,” said President of the Cagliari Cruise Port Stephen Xuereb.

“Even if we won’t reach the record numbers of the past years, we have nevertheless achieved the important goal of attracting new cruise lines to our ports, a trend that will allow, in a short time, to further amplify the appeal of the Sardinia System and open a new growing season for the market,” told President of the Port Network Authority of Sardinia Sea Massimo Deiana.