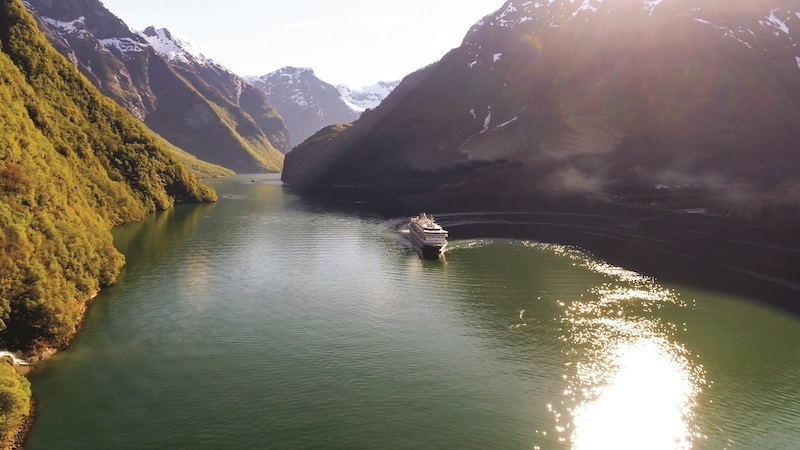 According to a press release, the new sailings feature the Adriatic’s lesser-known cities of Durrës in Albania, Neum in Bosnia and Koper in Slovenia; the Midnight Sun in sailings to Arctic Norway and Spitsbergen; and the Amalfi Coast at sunrise and sunset.

Fred. Olsen said that it is developing an immersive program of shore excursions for these new sailings, including opportunities to make Pasteis de Nata in Lisbon and hike Bergen’s Mount Floyen with a local resident.

Members of Fred. Olsen’s Oceans loyalty scheme can take advantage of an early booking period from today, Fred. Olsen said, ahead of the new itineraries going on general sale on March 18 at 9 a.m. local time.

“Our new summer program really showcases what makes us special, and we have hand-crafted each cruise to really celebrate our smaller ships and the opportunities they allow us to offer our guests. So much has been curated around the best time to visit, whether that’s to witness a destination at its seasonal best, or to coincide with a special event ashore,” Head of Itinerary Planning and Destination Experience at Fred. Olsen Cruise Lines, Martin Lister, said.

“In July, the Braemar will call into Fredericia, Denmark, in time for the annual July 6 celebrations, for example, while in October the Borealis will venture to Canada in time for guests to witness the spectacular autumnal foliage,” Lister added.

According to Lister, this will be Fred. Olsen’s first program that will see all four ships in the fleet sailing.

The Balmoral’s 17-night Experience Spanish & Portuguese Traditions cruise, departing from Rosyth (Edinburgh) on July 2, 2023. Prices start from 2,599 British pounds per person, with 250 pounds per person to spend onboard.

The Braemar’s eight-night Denmark with Fredericia Festivities cruise, departing from Dover on July 2, 2023. Prices start from 1,199 pounds per person, with 250 pounds per person to spend onboard.

The Borealis’ 15-night Exploring Northern Norway – the Land of the Midnight Sun cruise, departing from Liverpool on July 4, 2023. Prices start from 2,499 pounds per person, with 200 pounds per person to spend onboard.

The Bolette’s 26-night Exploring the Balkans & Adriatic with Venice cruise, departing from Southampton on Sept. 18, 2023. Prices start from 4,099 pounds per person, with 250 pounds per person to spend onboard.

The cruise line said that this summer program comes ahead of the launch of Fred. Olsen’s full 2023-24 brochure, which is set to be released in late April 2022.