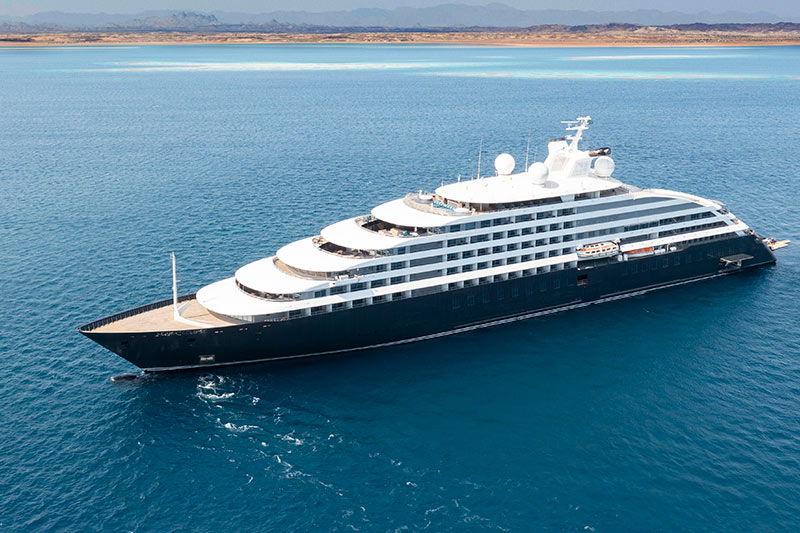 When Glen Moroney, founder and chairman of Scenic Group, decided to expand from river cruising to the ocean, it was never going to be just another cruise ship.

Moroney launched Scenic in 1987 in Australia and in 2007 took to the European waterways. The line’s so-called spaceships prioritized suite space in ultra-luxury vessels with a decidedly laid-back atmosphere. The idea for Scenic’s ocean ship was of a private mega-yacht. Moroney reportedly drew inspiration from Microsoft cofounder Paul Allen’s 414-foot Octopus, which is equipped with two helicopters and two submarines.

Scenic took that concept to a commercial level – to the extreme.

The Scenic Eclipse not only features two helicopters and a submarine, six-star service, and top-flight food and drink but is also an icebreaker. 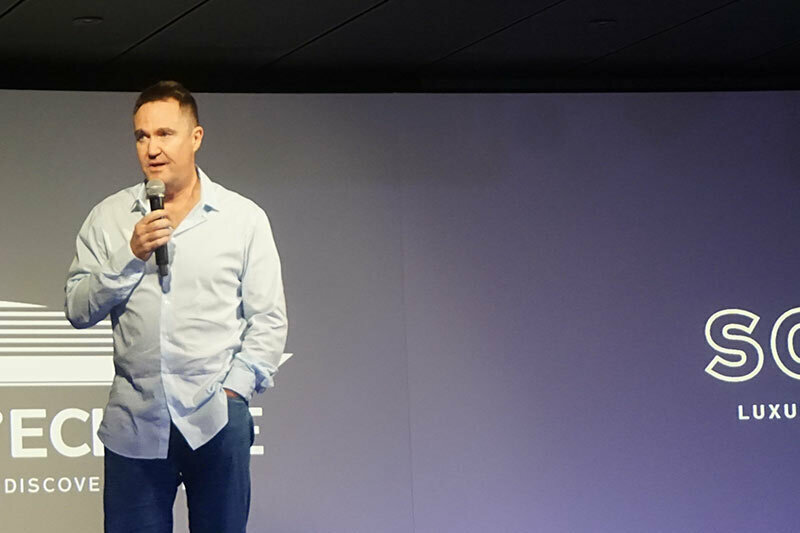 “When we first conceptualized it,” Moroney said recently aboard the Eclipse, “it was going to be very basic. Then it just got bigger and better. So to be quite honest, when we were in the design phase and we ticked all the boxes with all the technologies and everything else, we didn’t know whether it would work. But it did and it worked even better than we thought.”

A big part of that bigger and better is in the ship’s unique design. At 545 feet and 17,500 tons, the Eclipse sports stabilizers just 20 percent smaller than those on Royal Caribbean International’s Oasis of the Seas. These, coupled with the ship’s twin pods and bow thrusters, create a robust dynamic positioning system that allows the ship hands-free stability in almost any situation. Deck officers can pay attention to guests’ air, sea, land, and underwater activities without concern that the ship may drift off course.

The Eclipse is powerful enough to pull away from a wharf with 50 knots of wind direct to its beam, said James Griffiths, a former Eclipse captain and current director of marine operations.

“In discovery mode, we can operate very stably,” Griffiths said. Scenic rotates its Eclipse captains frequently. Griffiths was there from the start as she was being built in Croatia. The oversized stabilizers, he said, made the ship “look like Dumbo in drydock.”

The dramatic events of 2020 and 2021 shook the cruise industry, like most industries, to its core, Moroney noted. Passengers are feeling it too. He urged everyone to shake it off.

“We’ve endured a terrible time,” he told a group of travel professionals in October. “But there’s one thing we know for certain, and it’s pretty much been our mantra: We know 2022 is going to be a lot better than 2021 and we know that in 2023 we’ll be knocking bookings back.”

The future is looking bright.

“We’ve seen a dramatic turnaround in our bookings and inquiries in the last few weeks. In fact, the trend has been uplifting for four to six weeks,” he said in late 2021.