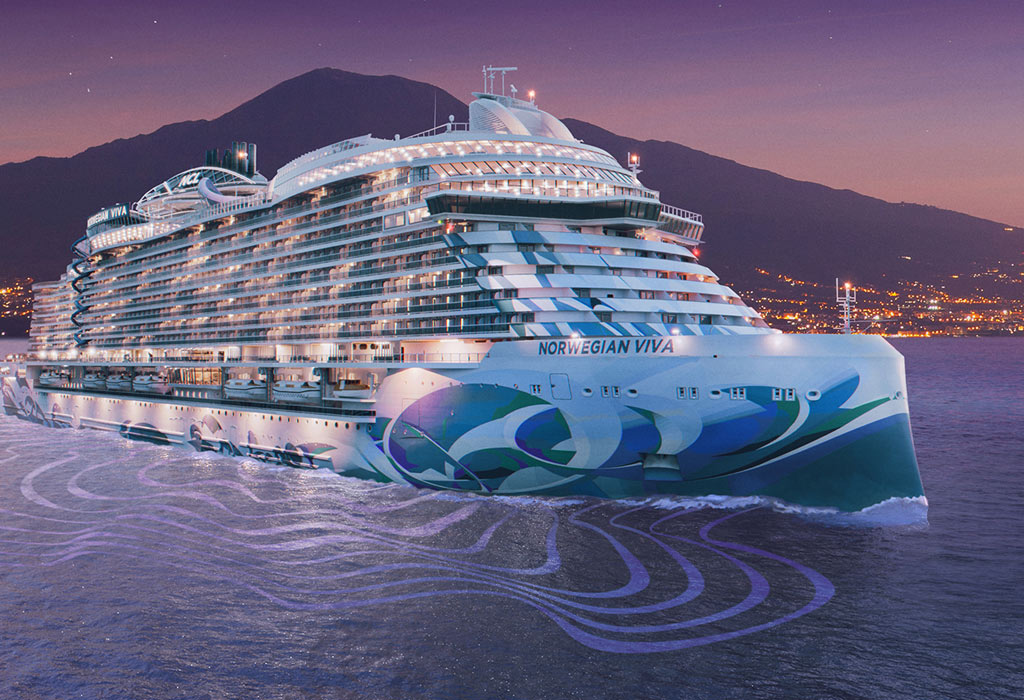 Norwegian Cruise Line today unveiled Norwegian Viva, the next ship in its new Prima Class set to sail in 2023..

The Norwegian Viva will be delivered from Fincantieri and will begin sailing Mediterranean itineraries in June 2023, homeporting in key Southern European port cities including Lisbon, Portugal; Venice (Trieste) and Rome (Civitavecchia), Italy; and Athens (Piraeus), Greece.

She will then sail the Southern Caribbean for her 2023-2024 winter season offering cruises from San Juan.

Harry Sommer, president and chief executive officer of Norwegian Cruise Line, said: “Norwegian Viva sets the standard in the premium segment, illustrating our commitment to pushing boundaries in four main areas: wide open space, service that puts guests first, thoughtful design and experiences beyond expectation. We have taken everything our guests love to the next level with this brand-new class of ships designed with them in mind.”

“Norwegian Viva, the second of six Prima Class vessels being built with us, reinforces the great collaboration between Norwegian Cruise Line and Fincantieri,” said Luigi Matarazzo, General Manager Merchant Ships Division at Fincantieri. “We were extremely satisfied that Norwegian Prima, the first of the new class, earned record-breaking bookings and we are excited to see how Norwegian Viva will live up to her sister ship. As we proved our resilience during these challenging times, this announcement represents another testament to Fincantieri´s global leadership role in the cruise sector.”

“The vessel will not only offer the highest staffing levels and space ratio of any new cruise ship in the contemporary and premium cruise categories and largest variety of suite categories available at sea, but will also boast a redefined The Haven by Norwegian, NCL’s ultra-premium keycard only access ship-within-a-ship concept,” the company said. “The Haven’s public areas and 107 suites designed by Piero Lissoni, one of Italy’s most renowned designers, will feature an expansive sundeck, a stunning infinity pool overlooking the ship’s wake and an outdoor spa with a glass-walled sauna and cold room.”