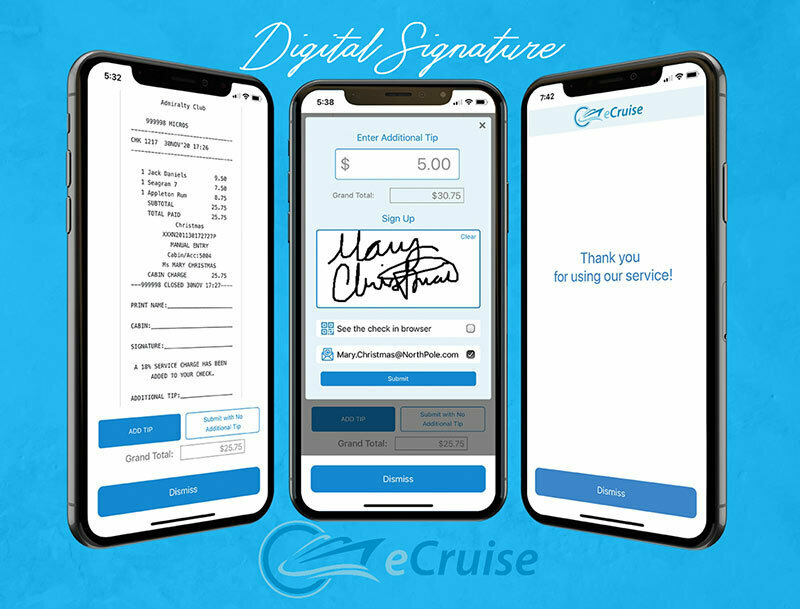 It is not surprising for a company that develops health and safety software to be busy during the pandemic. And over the last several months eCruise Managed Services has been exactly that.

A step up from originally creating its eCruise Mobile Check-In and Health Check applications, the company is now enhancing the software for its existing clients, as well as picking up new ones.

“Norwegian Cruise Line has asked us to make a modification that includes a vaccination card in the system, for example, so we need to customize our software to match their business requirements,” said Keith Powell, vice president.

“But the update is not forced on the rest of our clients, even though we’re trying to keep the same platform. I would say that no custom one-off software has been made for a single customer, but we do enhancement that they request to our software,” he added.

“We also recently picked up Azamara. (Additionally,) we do consulting with Disney Cruise Line and Bahamas Paradise,” Powell explained.

Another health and safety product that eCruise has been increasingly rolling out on the global fleet is the self-standing kiosk.

“This kiosk is basically an iPad on the kiosk itself. When you approach the kiosk, your face is detected, and a body temperature measurement is quickly taken. We can use this for access control to places.

“For example, if somebody wants to go to the onboard spa or gym or anywhere where a quick verification is needed, instead of having an employee standing there all day with a temperature gun, they walk up to the kiosk that takes their temperature. Facial recognition is used to attach the temperature to a person or the person can also scan their passenger card. This is a very easy process,” Powell said.

Another recently introduced software developed by eCruise is contactless payment system that can be used in bars and restaurants.

“We supply the waiters with tablets, which generate a QR code when it’s time to pay,” Powell explained. “Virtually everyone has their cell phone on them these days on the ship, so when they scan the QR code with their device, the check will come up. Guests then can review their check and add gratuity if they like. Their signature is captured as well.”

The system was developed a little over a year ago and allows to cut physical contact, paper waste and payment time.

“It’s kind of elevating the guest experience by putting their signatures in a digital form, so waiters don’t have to stick to a bunch of pieces of paper. If they need to find a receipt with a signature on it, it’s just there in the system digitally and they can quickly look it up. This is a much better solution for taking payments overall,” Powell noted.

He said that the recent rollout of the eCruise systems has been slow.

“It’s a very slow rollout as the ships are going live and we’re going live, so it’s completely contingent on the government regulations and on the ship being greenlighted to move forward. We’re moving as fast as local agencies let us,” Powell said.