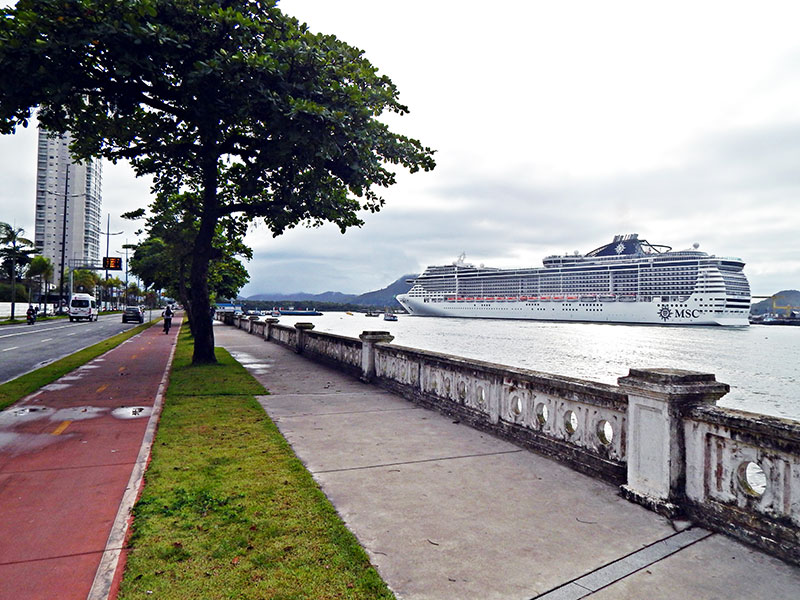 Cruise lines are voluntarily suspending service in Brazil until January 21, according to a statement from CLIA (Cruise Lines International Association) Brazil.

The decision was made after the operators faced “uncertainty regarding the application and interpretation” of the operating protocols used for local programs in the country.

During the service pause, the cruise lines will work with local authorities to “seek an alignment” to solve the operational issues, CLIA Brazil said in a prepared statement.

Five cruise ships from MSC and Costa are currently sailing in Brazilian waters.

That includes includes the MSC Seaside, the MSC Splendida and the MSC Preziosa, in addition to the Costa Diadema and the Costa Fascinosa.

“In the last few weeks, (cruise lines) experienced a series of situations that impacted directly in the operation of their ships, making the continuity of the cruises unworkable at this moment,” the association explained.

The MSC Splendida was recently forced to cancel a cruise out of Santos, while the Costa Diadema had its program disrupted in Salvador.

The operational uncertainty caused “significant inconvenience for the guests who were wishing to spend their vacations at sea under strict safety protocols,” CLIA said.

The temporary suspension has immediate effect and means no new guests will board the ships until January 21, 2022.

Cruises currently taking place will continue to their final ports as planned.

CLIA Brazil also stated that it regrets the decision as onboard health and safety protocols had continued to show that they work, standing out as an example that could be followed globally.

“However, it’s important to have convergence between ship protocols and agreements made with authorities. We hope to clarify these agreements to ensure a uniform plan between companies and authorities at all levels,” CLIA said, in its statement.

Protocols currently in place in Brazil include mandatory COVID-19 vaccination for guests and crew, in addition to preboarding testing and reduced guest capacity.

Cruise lines also test ten percent of the onboard population on a frequent basis, while masks are mandatory for crew and guests.