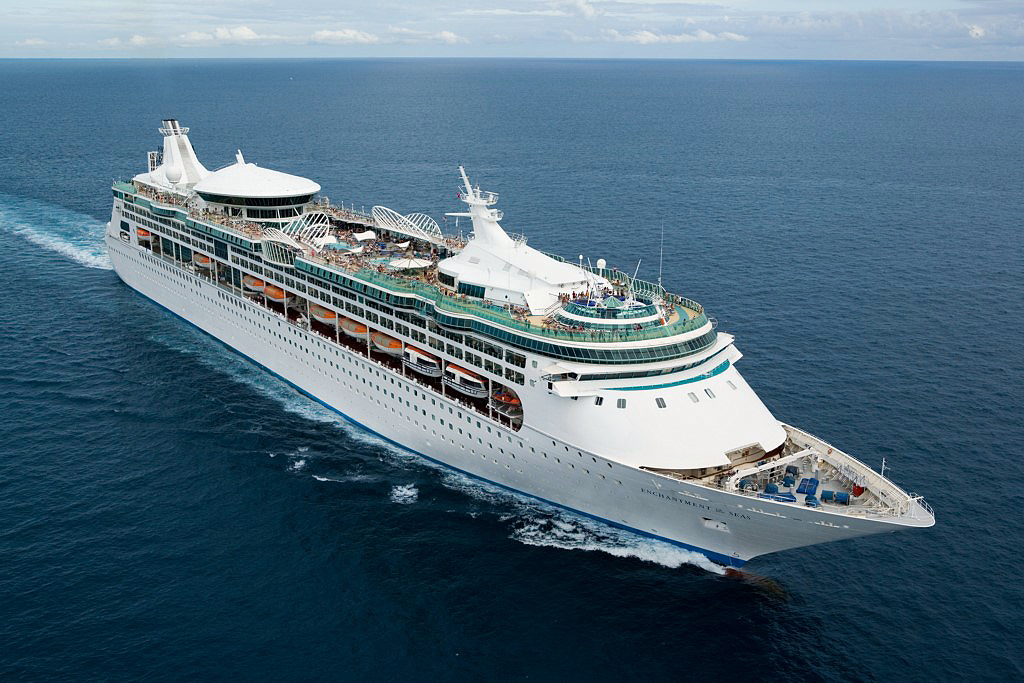 Continuing its restart plan, Royal Caribbean International ends this year with 20 ships back in service around the world. The brand is adding three more vessels in December, as well as returning to homeport operations in Baltimore.

The Grandeur of the Seas was the first ship to resume service for Royal Caribbean International in December. The vessel welcomed guests back for a series of Southern and Eastern Caribbean cruises as part of the cruise line’s new program from Barbados.

The deployment features new ports of call for Royal Caribbean – including Scarborough in Tobago, Port of Spain in Trinidad and Kingstown in St. Vincent.

The 1996-built Grandeur of the Seas became the first Vision-class ship to resume service after the COVID-19 operational pause. It was built in Finland, weighs 74,140 tons and has a capacity of 1,950 guests.

The vessel – which features two pool decks, a seven-deck atrium, a casino, a theater and more – underwent a major bow-to-stern revitalization in 2012. During the five-week, $48-million drydock, the Grandeur received venues first introduced on Oasis-class ships, including new dining options such as the Giovanni’s Table Italian trattoria and the Park Café casual eatery.

When it set sail on Dec. 16, the Brilliance of the Seas became the second Royal Caribbean International ship operating from Tampa. The vessel is offering a series of short cruises to Mexico and the Bahamas from the Florida port after a 21-month operational pause.

The itineraries range from four to five nights and include stops in popular destinations like Costa Maya, Cozumel, Nassau and CocoCay.

This Radiance-class ship originally entered service in 2002. With a capacity for 2,100 guests, the vessel features several amenities – including three swimming pools, 12 lounges and bars, and a rock-climbing wall.

Its sister ship Serenade of the Seas is also sailing from Tampa, offering week-long cruises to the Western Caribbean.

The Enchantment of the Seas is set to welcome guests back on Dec. 23. This Vision-class ship is marking Royal Caribbean’s return to Baltimore with a series of Bahamas and Caribbean itineraries.

The vessel is set to offer year-round cruises from the port, visiting Bermuda in addition to Canada and New England in 2022.

On its first cruise, the Enchantment is set to sail to the Bahamas and the United States on an eight-night itinerary, visiting Port Canaveral, Key West, Nassau and Freeport.

The 1997-built Enchantment of the Seas has been extensively refurbished over the years. In 2005, it underwent a major refit that included the addition of a new 2,939-ton midsection, which increased its capacity to 2,250 guests.

It now offers most of Royal Caribbean’s signature features, including the Chops Grille steakhouse, the adults-only Solarium pool deck, the Boleros Latin-themed lounge and more.