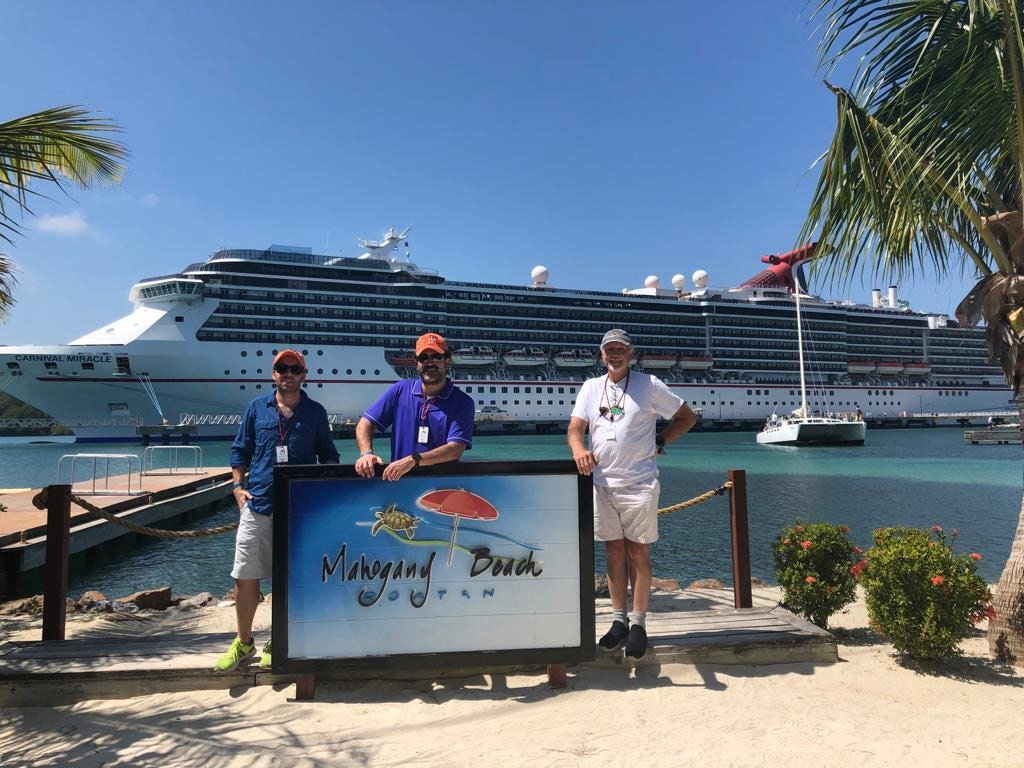 Total Gusto, a shore excursion company, is celebrating its 20th anniversary this month. The company was launched in 2001 when Celebrity Cruises became the first line to call in Progreso, which, according to Total Gusto Principal and Chief Marketing Officer Bill Chambers did not have any entrenched tour provider at the time. Thus, the opportunity presented itself to partner with Merida-based Control Tours to launch a new company.

Since Progreso, Total Gusto has expanded to Acapulco, Ixtapa, Cozumel, Roatan and Ensenada, and can count most cruise lines among its clients.

Among tour highlights is the company’s Stingray Beach facility in Cozumel and its “Everybody Loves Rays” tours, Chambers said. It is offered only minutes from the cruise ship piers. Guests stand in waist deep water and feed and pet the rays.

Other tours include chocolate making from scratch. Inspired by a local celebrity chef in Miami, according to Chambers who explained: “Knowing that the Mayans actually discovered the process, I felt we could make a very interesting tour where the guests actually grind up their own cocoa beans and learn first-hand the process of chocolate making. This tour has evolved to include some wine tasting s well. It is offered in an air-conditioned seaside terrace at our Stingray Beach facility in Cozumel.

“In Acapulco, we created a tour called Mi Casa es Tu Casa whereby guests go to an incredible hillside vacation home overlooking the bay and eat, drink, dance and party like millionaires. We have transported that concept to Roatan as well.”

With the Total Gusto owners and partners having worked with and in the industry, Chambers said: “Our advantage over the local tour operator competition in this business has always ben that we have a stronger understanding of the evolving guest demographics. From the beginning we were coming up with tour experiences that were more active and educational.

“Another advantage we deliver is how we select guides based on their people skills rather than focusing on how well they know things like the number of steps on a Mayan pyramid. I keep telling them that our guests are not going to take a test when they come home. They are, however, going to tell their friends what a fun and charming guide they had on their tour.”

Total Gusto is the short version of the company’s name which is Total Guest Satisfaction Tours.