Top 10: The Biggest Cruise Ships in Service in November 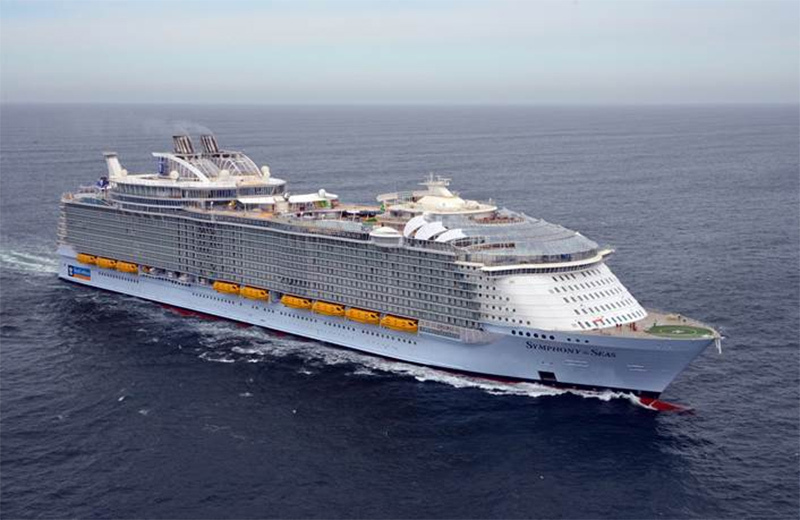 With the cruise restart now reaching well over half of the global cruise fleet, the world’s largest cruise ships are already back sailing.

The Symphony of the Seas is currently offering week-long Caribbean sailings from the PortMiami. The 2018-built vessel currently holds the title of biggest cruise ship in the world, with capacity for over 5,400 guests.

After a 17-month operational pause, the ship resumed service for Royal Caribbean International in August, offering a series of Western and Eastern Caribbean itineraries.

After sailing a summer program in Europe, the 5,400-guest Harmony of the Seas returned to North America recently.

As the world’s second biggest cruise ship, the Royal Caribbean International vessel is now offering a series of Caribbean cruises from Port Canaveral.

Another Royal Caribbean vessel in the top 10, the Allure of the Seas is currently the world’s third biggest cruise ship.

After resuming service in August with a Port Canaveral-based program, the Oasis-class vessel recently repositioned to Fort Lauderdale. Now sailing from Port Everglades, the ship is offering week-long itineraries to the Western and Eastern Caribbean.

The 5,224-guest Costa Smeralda is the largest cruise ship currently in service in Europe. Built in 2019, the vessel resumed service in May, offering a series of Mediterranean itineraries.

Based in Italy, the ship is presently sailing a regular seven-night itinerary in the Western Mediterranean, visiting Italy, Spain and France.

The 5,200-guest vessel is now sailing from Port Canaveral weekly, offering seven-day cruises to the Eastern and Western Caribbean.

In service in Europe, P&O’s Iona is currently the seventh largest cruise ship sailing with guests.

The 4,888-guest MSC Grandiosa is the eighth largest cruise vessel sailing in November. Based in Italy, the MSC Cruises ship has been offering Mediterranean cruises since January.

The MSC Virtuosa is currently on its way to the Middle East, after wrapping up a season in the Mediterranean.

For the 2021-2022 winter season, the 4,888-guest ship is set to offer week-long cruises from Dubai, visiting Qatar, the United Arab Emirates and Saudi Arabia.

The 4,560-guest vessel is currently being prepared to launch sailings from Miami on Nov. 20.

The ship was previously sailing in the Mediterranean, where it debuted in August.