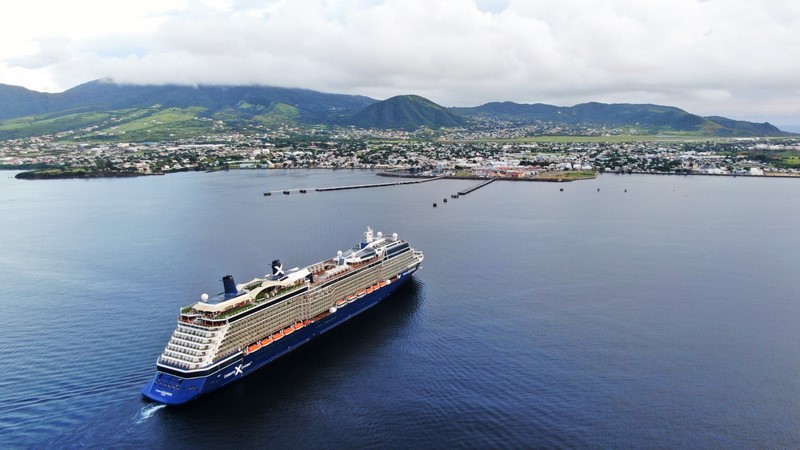 As the cruise restart reaches new heights, premium operators are expanding, with more ships restarting in more destinations, including South Africa and the Panama Canal.

Celebrity Cruises resumed guest service in June 2021 with a program in the Caribbean. Following a bold restart plan, the company added seven more cruise ships into the active lineup by the end of July, returning to several destinations, including the Mediterranean, Alaska and the Galapagos

Now, Celebrity is ready to launch a new phase of its resumption program, adding two more ships into active service by Dec. 1.

The brand is also returning to Tampa, where the Celebrity Constellation is set to welcome guests back on Nov. 7.

After a 16-month hiatus, Holland America Line resumed guest service in July 2021 with a summer season in Alaska. The brand later expanded its restart to the Mediterranean and the West Coast, adding two more ships into the active lineup.

Recently, on Oct. 20, the Carnival Corporation premium brand reached a major milestone, celebrating the maiden voyage of the new Rotterdam. The 2021-built vessel is currently sailing on its first transatlantic crossing, ahead of an inaugural season in the Caribbean.

Now, the Nieuw Statendam is set to resume service next. Complementing the offer in the Caribbean, the 2018-built vessel is welcoming guests back in Fort Lauderdale, on Nov. 21.

After concluding its first post-pandemic seasons in the United Kingdom and the Alaska, Princess Cruises is now onto a new phase of its restart program.

The brand is currently offering cruises to the Caribbean, the Mexican Riviera, the California Coast and the Panama Canal, with six ships in revenue service.

Sailing from Los Angeles, San Francisco and Port Everglades, the active fleet is soon being joined by two more vessels: the Caribbean Princess and the Enchanted Princess in the Caribbean

Both ships are offering additional itinerary choices in the Caribbean, while the Enchanted Princess is also embarking on its inaugural season. The 2020-built ship is set to welcome its first guests on Nov. 10 at Port Everglades.

Oceania Cruises currently has two vessels in service in Europe, the Marina and the Riviera.

The brand first welcomed guests back in August, with the Marina sailing a series of cruises to Western Europe, the Mediterranean, and the Greek Isles. The Riviera joined the active lineup in October offering additional itineraries in the Mediterranean.

Both ships vessels are set to cross the Atlantic in November ahead of winter seasons in the Caribbean.

In December, a third ship is resuming service for the upper-premium brand: the Insignia. The 700-guest vessel is set to offer a Panama Canal cruise before kicking off its epic six-month-long “Around the World in 180 Days” voyage.

Cunard Line returned to guest operations in August after a 17-month break. The brand first welcomed guests back in the United Kingdom, with the Queen Elizabeth offering a series of domestic cruises around the British Islands.

After a recent refit, the Queen Mary 2 is now set to return offering cruises in Northern Europe and the Canaries. The vessel is departing Southampton on a its first cruise in over 20 months on Nov. 28.

In August, the Azamara Quest became the first vessel to resume service for Azamara. The ship welcomed guests back with a program of Greece-based Eastern Mediterranean cruises.

The Azamara Journey later joined the active lineup in Europe. After a refit in Cádiz, the kicked off a series of Europe sailings in October offering additional itinerary choices in the Mediterranean.

Azamara is now ready to launch winter programs in the Canary Islands and the Caribbean, using both vessels.

Recently the brand also confirmed its return to South African waters. The Azamara Pursuit will sail in the region from January to March 2022, offering six back-to-back voyages.