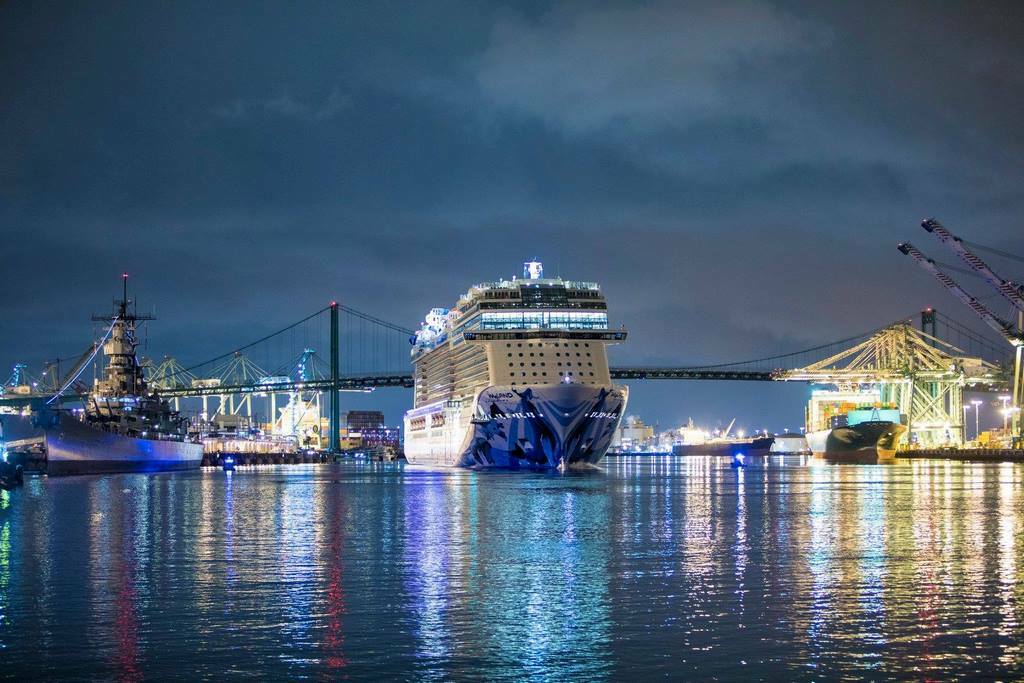 The Port of Los Angeles is ready for a busy 2022 with more than 200 cruise ships forecasted to call. The port said that the departure of the Grand Princess from the port on Sept. 25 signaled “the start of a big comeback for cruise ship operations at the World Cruise Center on the LA Waterfront.”

The more than 200 calls will be made by 11 different cruise brands, which include Princess Cruises, Norwegian Cruise Line, Oceania, Regent Seven Seas, Viking Cruises, Crystal, Seabourn, Cunard, NYK and Royal Caribbean International – with the latter making its return to the Los Angeles market after a decade.

“Resumption of cruises from the LA Waterfront is not only great news for our cruise partners and local economy but also the tens of thousands of vacationers who will have a variety of cruise options, itineraries and exciting destinations conveniently accessible from the Port of Los Angeles,” said Christopher Chase, marketing manager at the Port of Los Angeles.

“Many of these cruise ships are less than five years old, and can be considered destinations in and of themselves, featuring incredible amenities that passengers of all ages can appreciate,” added Chase.

Princess Cruises – which has been sailing from the Port of Los Angeles since 1965 – has 70 departures out of Los Angeles in 2022, according to a press release. These include sailings on the Discovery Princess, the cruise line’s newest 3,600-passenger flagship vessel, slated to arrive in the first half of next year.

The Port of Los Angeles said that Princess Cruises’ 2022 itineraries out of Los Angeles will largely focus on week-long trips to the Mexican Rivera, with stops in Cabo San Lucas, Puerta Vallarta and Mazatlán. Once Hawaii lifts its current COVID-19 travel restrictions, the cruise line will also bring back its 14-day itineraries to the Hawaiian Islands.

Norwegian Cruise Lines’ Norwegian Bliss and Norwegian Joy will continue to sail from the LA Waterfront, too. While Royal Caribbean International will return to the LA Waterfront with its 3,100-passenger Navigator of the Seas, offering year-round three-day getaways to Ensenada, Mexico twice a week and four-day cruises to Ensenada and Catalina Island.

The port said that cruise travel is a “valuable component” of the LA tourism economy. A busy cruise weekend, with three or four ships in port, brings as many as 20,000 travelers to the LA Waterfront. Each cruise ship call generates more than $1 million in economic activity, according to the press release.