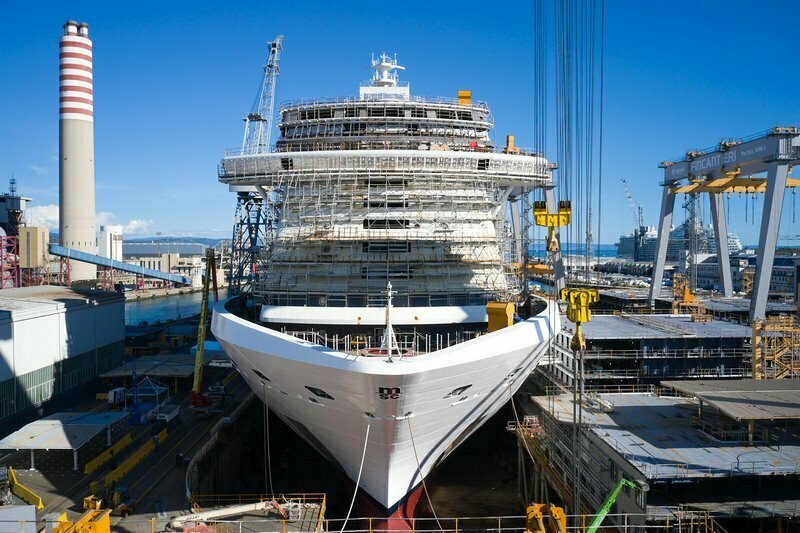 The total order backlog was reported to be 36 billion euros for 92 ships.

CEO Giuseppe Bono, commented in a prepared statement: “The growth of the Group, supported by the current backlog, reflects the order preservation strategy we adopted during the pandemic. We have already reached one of the highest marginality levels in the industry, that we now aim to improve, along with volumes, also thanks to the significant investment plan carried out across all our shipyards. Our engineering and project management skills are among the best worldwide and our shipyards are on the cutting edge both in terms of production and quality. This comes mainly from the sense of belonging of our people. We are well prepared to face the coming years, also strengthened by the recent recruiting program of young employees able to quickly embrace the company culture and the competences needed for the job.”

Fincanteri reported positive developments across all the Group segments, with Shipbuilding generating the most revenue at 4.0 billion euros of which cruise ships generated 2.8 billion euros.

The cruise business was said to have been boosted by the resumption of a full activity level with record production despite the safety protocols put in place. Six cruise ships have been delivered this year, including four in the third quarter.

Looking forward, Fincantieri stated that production levels are expected to continue at full speed in the near- and medium term, benefitting from operating efficiencies and its industrial fixed-cost structure.

“Moreover, the backlog, especially in cruise, is linked to projects and contracts signed with an adequate price level and a greater portion of repeat unites (ships) instead of prototypes.”