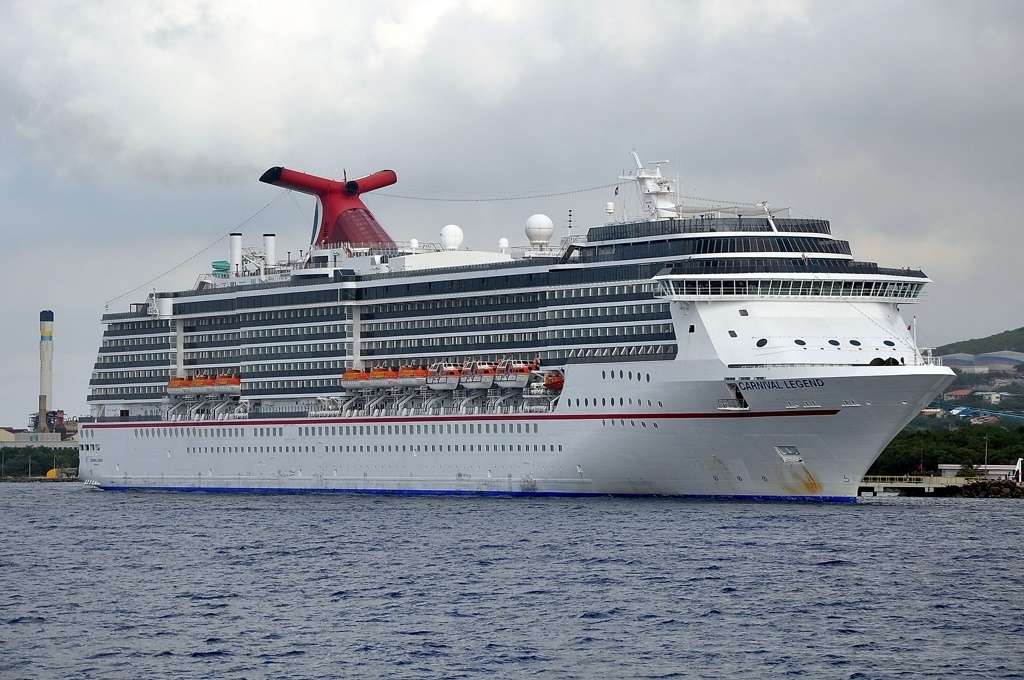 The Carnival Legend is welcoming guests today in Baltimore.

Kicking off a program of seven-night cruises to the Bahamas, the Spirit-class vessel is returning to service after a 20-month break.

As the 15th vessel to resume commercial operations for Carnival Cruise Line, the Legend is now set to depart Maryland every Sunday.

While in 2021, the ship’s regular itinerary includes calls in Freeport and Nassau, in addition to Half Moon Cay or Princess Cays, cruises to additional destinations are featured in 2022.

In January, for instance, the Legend is offering a one-time 14-night cruise to the Panama Canal, visiting four ports in the Caribbean and the Bahamas.

The Carnival Legend originally entered service in 2002, as the third vessel of Carnival’s Spirit Class.

Designed to travel to a wider array of destinations, the ships in this class were built to the Panamax specs, allowing them to pass through the original Panama Canal.

Built with a multi-deck atrium, a glass-enclosed pool deck and a large number of cabins with private balconies, the ship underwent a major refurbishment in 2014.

The multi-million-dollar renovation added an array of innovations, including the WaterWorks aqua park highlighted by Green Thunder, one of the steepest and fastest waterslide at sea, the tropics-inspired RedFrog Pub, and a full-service sushi restaurant called Bonsai Sushi.

While being prepared for its service resumption, the 2,100-guest ship also visited the shipyard. At a drydock in France, it underwent regular maintenance and a change of hull colors, receiving Carnival’s new blue, red and white livery.

The Legend is the second ship to resume service for Carnival in Baltimore. After welcoming guests back in Maryland in September, the Carnival Pride recently repositioned to Tampa, where it’s launching a series of Western Caribbean cruises.

In November, Carnival Cruise Line continued its restart plan with the addition of two more ships to the active lineup. In addition to the Carnival Legend, the brand reactivated the Carnival Valor for a series of sailing from New Orleans.