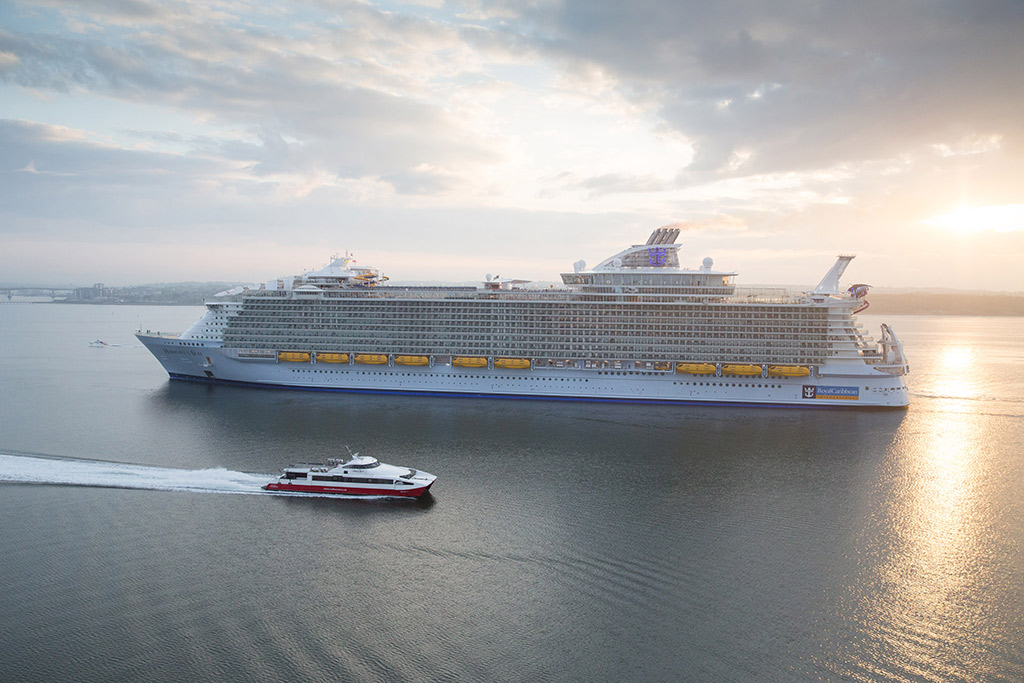 “The future looks very positive for us and the industry,” commented Richard Fain, CEO and chairman of the Royal Caribbean Group, on Friday’s third quarter earnings call.

“Today, we are operating almost normally,” he continued, “and we have restarted in a financially and medically prudent manner. The booking trend for 2022 is very encouraging, especially from the summer onward.”

Jason Liberty, CFO and executive vice president, added that 2023 is also seeing a strong booking trend that is stronger this far ahead than in previous years. “We are seeing similar trends across all of our brands,” he said, attributing it partially to pent up demand combined with marketing.

The recently announced world cruise for Royal Caribbean International has also been a success, according to Michael Bayley, president and CEO of the brand, who said it was 70 percent booked within seven days at rates that averaged $70,000 for a balcony cabin for the nine-month sailing.

“(So far) the (guest) satisfaction level has been very high, and the onboard spending has been unparalleled,” Fain continued. And, having carried some 500,000 passengers so far this year, he said the ships have only had 150 positive (COVID) cases.

Liberty added that the onboard spending has also been drive by increased volumes of groups, including gaming groups. He said that the pre-cruise revenue for 2022 was way up from 2019.

By spring, the company expects to have all of its ship in service and to be cash positive while returning to profitability for the full year of 2022.

(winter) Olympic Games, while Australia is not expected to open until spring. Both are important markets for Royal Caribbean.

In terms of other challenges, Fain said that he was not concerned with labor shortages in the hospitality industry, noting that the cruise industry offers more attractive job opportunities in their labor markets, and in terms of supply chain issues, Royal Caribbean is hedged in many areas going forward.

Initiatives have also helped the company reshape its cost structure, according to Liberty, including replacing older ships with new and more efficient tonnage.

In other developments, Royal Caribbean has also begun to reengage in destination development. Bailey noted the private beach club being developed in Nassau in addition to an extension at Perfect Day, the Hideaway Beach for adults, which will increase that destination’s capacity by another 3,000 passengers per day. The new Galveston terminal is also slated to be open in 2022. It will be able to accommodate Oasis class ships as well as the new Icon class, he said.