Ponant: The Most Advanced Ship Yet 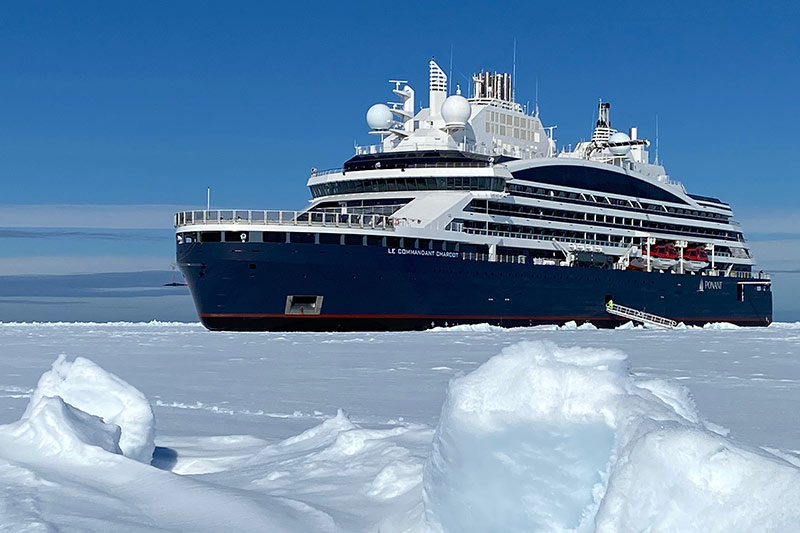 Ponant’s new Le Commandant Charcot joined the fleet at the end of July, a culmination of a six-year design, development and shipbuilding process for an advanced prototype ship to run on hybrid propulsion with LNG and battery power.

“When we started this project we wanted the fuel that had the least impact on the environment,” said Mathieu Petiteau, newbuilding, research and development director.

“We knew LNG engines aren’t as reactive when more power is needed quickly. There are a lot of vessels that then switch back to MGO for maneuvering in port,” he said. “This was something we didn’t want. The idea is to run on LNG as much as possible, even during maneuvering, so we added an energy storage system aboard.”

That is composed of extra power in the form of 4.5 MW of lithium-ion batteries that have a 10-year service life.

“With this amount of energy, we can run on LNG all the time,” Petiteau explained, calling the combination of Wartsila dual-fuel engines running on LNG and batteries a world premiere.

LNG for propulsion, battery power and extreme conditions in the Polar Regions meant a significant amount of adjusting the power management system.

“All-in-all, we spent 40 days of sea trials, in different conditions, all in order to set up the propulsion system” explained Petiteau. 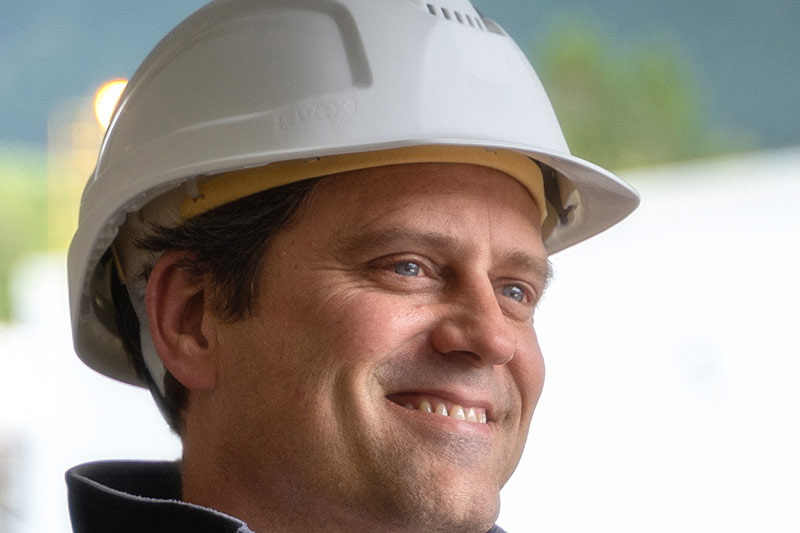 Starting in the spring, shipbuilder VARD and Ponant conducted five sets of sea trials. Four off the Norwegian fjords and one in the ice in Northeast Greenland, putting the ship through its paces in extreme conditions and configuring a power management system for the engines and supplemental battery power.

Picking between Type C and membrane tanks, Ponant went with the latter, even though they are normally used for LNG carriers.

The reason was simple, Petiteau said, the ship needed a significant amount of LNG storage capacity.

“We are going far north, far south and outside any route we can easily get LNG,” he said. “We needed the maximum LNG aboard.”

The tanks allow that, with the company planning eight bunkerings a year. The 245-guest ship should be able to run for up to 60 days on LNG between bunkerings.

The batteries will mainly be used to supplement engine power, and help the engines run at an optimal load with additional battery power.

Instead of starting another engine to run at a low, inefficient load, batteries will add the necessary power. This also removes wear and tear from starting up another powerplant.

A zero-emissions mode for Le Commandant Charcot will let the ship run on battery power only, with the engines off, hotel load reduced, and fan motors and other noise-making appliances turned off or down, allowing for silent running for a few hours, Petiteau said.

A central heating system uses all the extra heat generated by the engines to produce steam, which in turn produces hot water which is used all over the ship.

Reverse osmosis till takes care of most of the ship’s freshwater production. Sailing in cooler waters, however, means the ship has to heat water coming in for the osmosis plant.