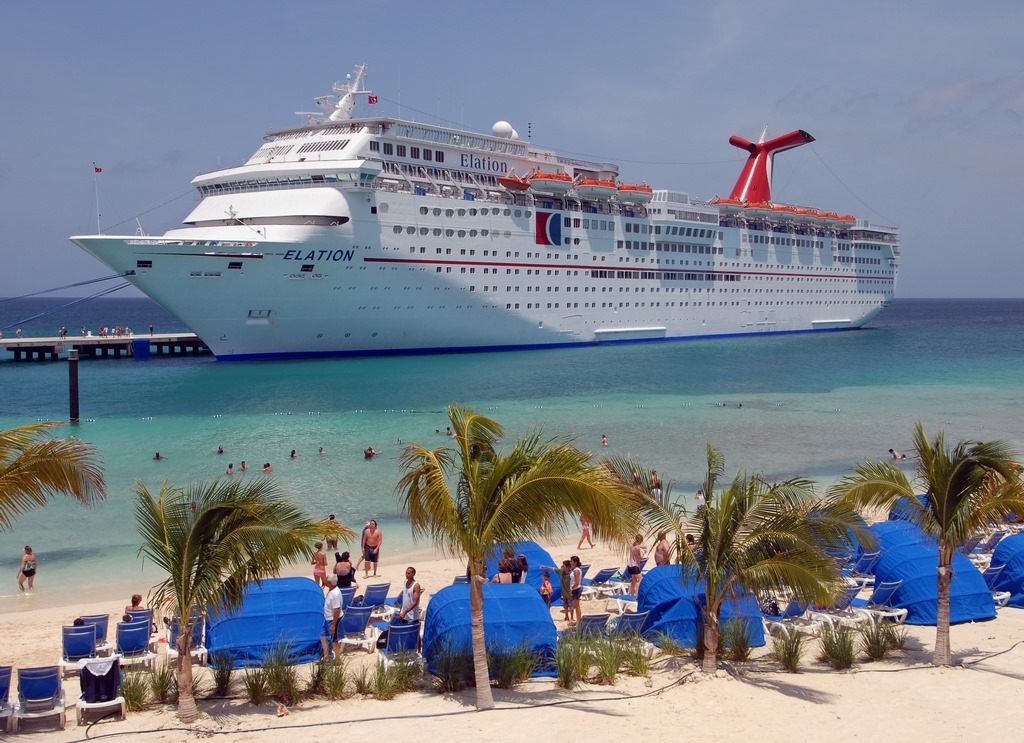 Welcoming passengers back today, the Carnival Elation is the 13th vessel to resume service for Carnival Cruise Line.

It is also the first Fantasy-class ship to restart revenue operations after the cruise industry’s operational pause due to the COVID-19 pandemic.

Based in Port Canaveral, the 1998-built vessel is now offering a series of four- and five-night cruises to the Bahamas and the Eastern Caribbean.

For its first cruise in 19 months, the Elation is sailing to Nassau and Amber Cove on a five-night itinerary that also includes two days at sea.

For the rest of the year, the ship’s program also includes calls in other popular destinations in the region, such as Princess Cays, Bimini and Grand Turk.

Extensively refurbished over the years, the Carnival Elation is the seventh in a series of eight ships known as the Fantasy Class. Built in Finland, the vessel has capacity for over 2,040 guests and was one of the first cruise ships to be equipped with an Azipod propulsion system.

In 2017, it underwent a multi-million-dollar makeover, which included major upgrades for its public areas and cabins. The work also featured the addition of an expansive new WaterWorks Park, 38 new cabins, 98 balconies to existing staterooms, and a variety of entertainment, food and beverage concepts.

Among the new attractions, a Guy’s Burger Joint, a RedFrog Rum Bar, a BlueIguana Cantina, a BlueIguana Tequila Bar, and a Camp Ocean for children’s programs.

The Elation became the second of two Carnival ships to reenter guest operations in October. Previously, on Oct. 9, the Carnival Freedom resumed service from Miami, offering six- and eight-night cruises to Eastern and Southern Caribbean.

Two additional vessels are returning to commercial operations for the brand in November, bringing the total of active Carnival ships to 15.

After a 16-month operational stop, Carnival Cruise Line resumed guest service in July, with a series of cruises from Galveston. For the last few months, the company has been quickly adding ships and homeports back into service. Now, 13 vessels are sailing from seven different homeports.