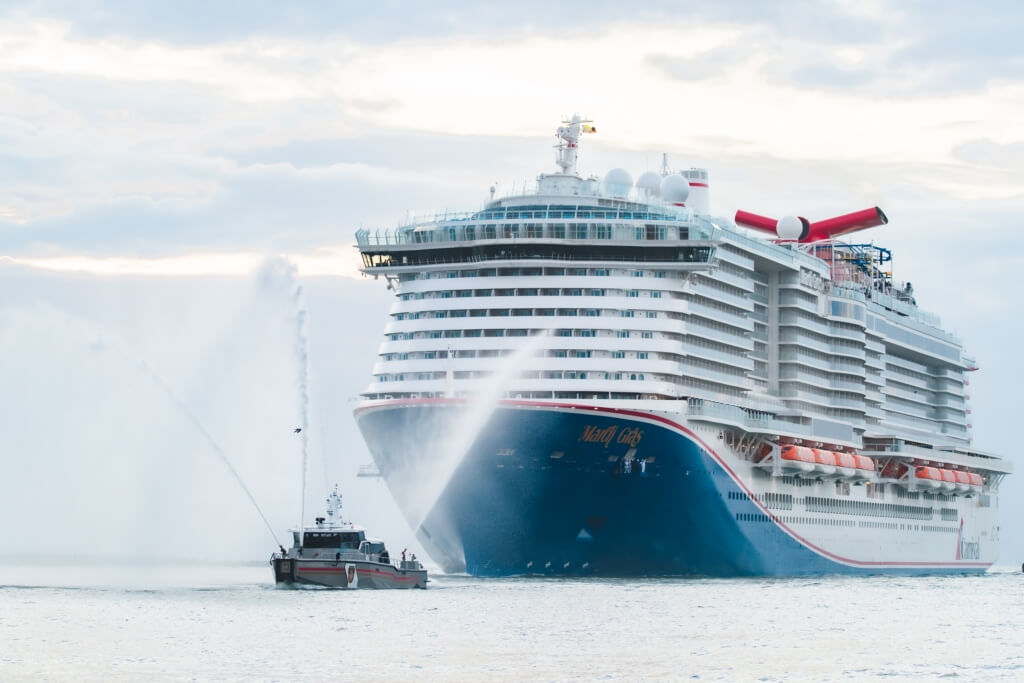 That goal is a 40 percent reduction in the company’s carbon emissions by 2030 when compared to a 2008 baseline, with carbon levels peaking for Carnival in 2011.

It’s a combination of efficiency and sustainability, Burke said.

That involves not only new efficient ships, but finding more efficient equipment for the company’s existing fleet, making sure ships are operated well, meaning the right speeds, with the right engine loads.

“Voyage planning is another area where we are focused,” Burke said. “That sort of thing is ‘free,’ if we can get it right, it’s free savings.”

Burke has his sights set on HVAC system improvements as a key area where the company can save money on fuel and cut carbon emissions.

“The efficiency of the equipment has increased in the last few decades. If we haven’t already, we change out chillers and HVAC equipment,” he said.

One megawatt of savings translates roughly to about $1 million annually in fuel, Burke said.

“It’s then money we can use for other things … it’s seed money to make ships more efficient.”

New ships are generally 20 percent more efficient per passenger than the last class, and that starts with the hull design, Burke said.

Then it’s a process of looking for the best and most efficient equipment fleetwide, with Carnival Corporate Shipbuilding in UK focused on the job.

“We will compare performance, but at lot of that comes down to the itinerary,” Burke said, noting variables such as the speeds the ships travel at plus climate conditions driving air conditioning use.

Trying to compare performance, the company uses climate zones to normalize energy use when reviewing data.

That data becomes easier to use with ships in port, without a propulsion load, with Carnival now asking its brands to operate on just one generator while in port. 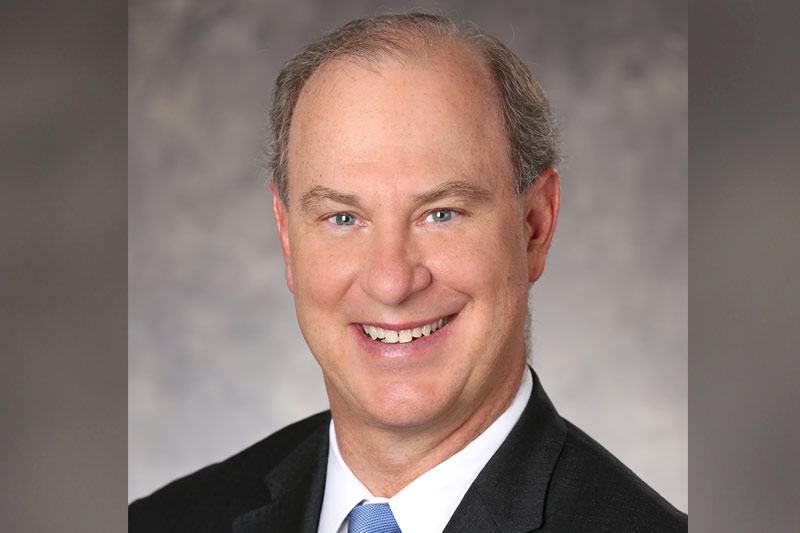 “The brands will make adjustments and we will help them with targeted investments to reduce the hotel load to allow them to first operate on one generator (in port) and then get the load lower. We’ve dropped the electrical load down by several megawatts.”

Ships are compared against each other with adjustments for size and climate conditions, with Carnival using its own port power coefficient to measure power usage by ship while docked.

By 2030 Burke envisions what he called a green fleet with nearly 20 percent of Carnival Corporation ships powered by LNG.

Those ships running scrubbers would have wash-water filtration and significantly reduced particulate.

“All ships would have achieved our port power coefficient goals and easily operate in port in all climate conditions on a single diesel generator, indicating efficient port hotel service operations.” 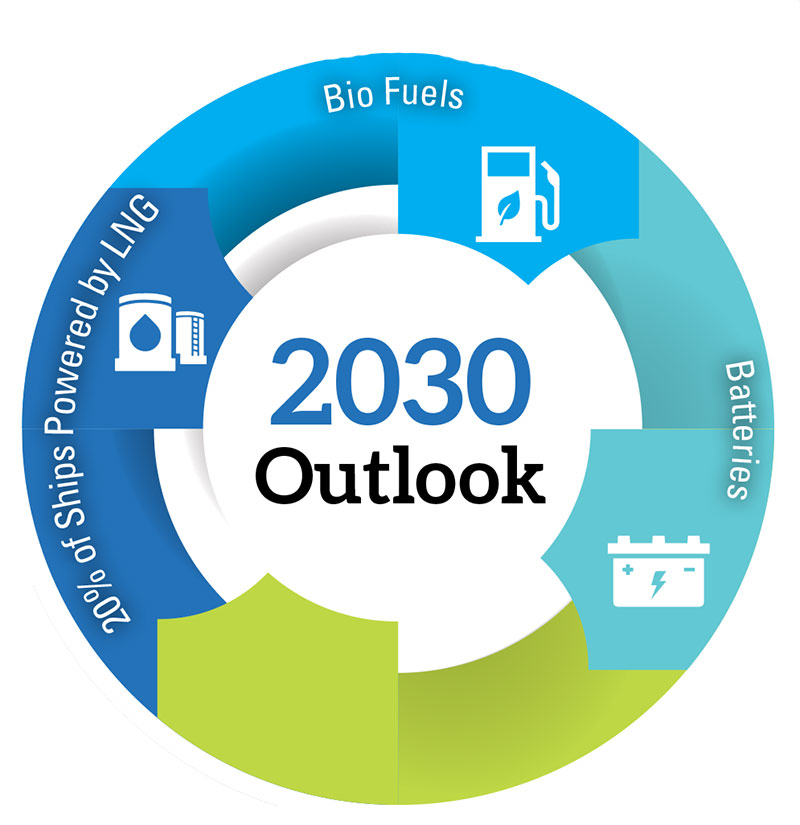 Another project is a single fleet-wide maintenance and procurement system.

“That will allow us to better leverage our scale and remove excess inventory.”

“In addition to operational team training for our officer core, we do have energy efficiency training and we will expand that.”

“Our ships will be completely instrumented for measuring efficiency of our largest power consumptions … you have to be able to measure (consumers) to know how you’re doing.”

Data will result in self-correcting behavior that will improve operational efficiency, according to Burke, who said the ships will continue to get more sensors and measuring capability.

“We will be well on our way to designing and building our first zero emissions and zero discharge ship … that’s the biggest challenge and we hope our work with LNG will have us well prepared for that next fuel.”