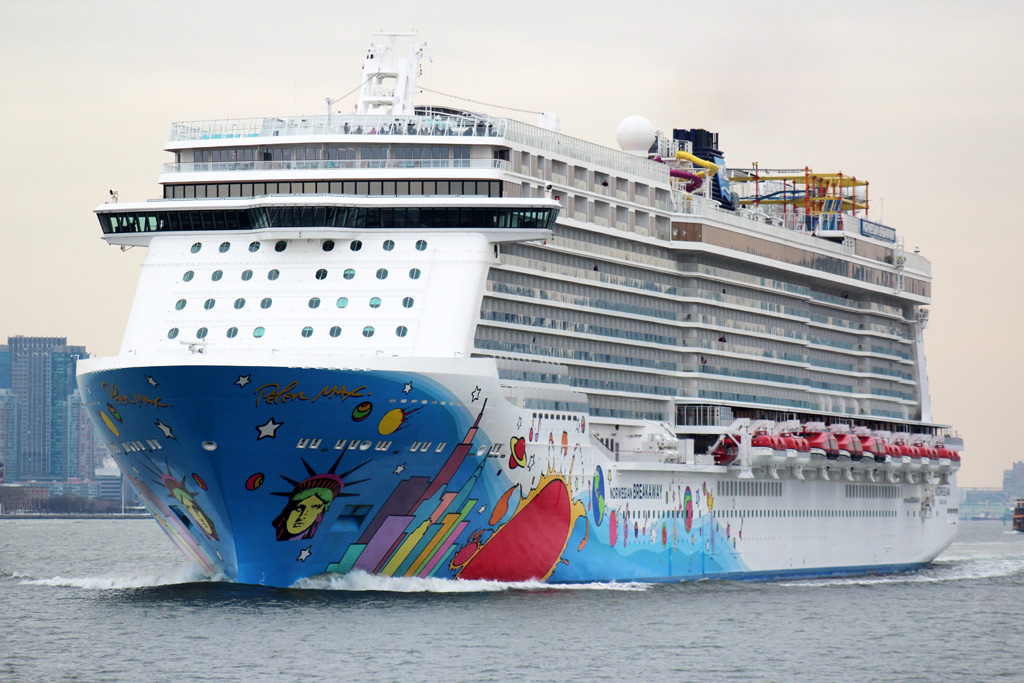 With its sixth ship resuming service today, Norwegian Cruise Line is returning to New York City. Sailing from Manhattan, the Norwegian Breakaway is welcoming guests back for a Bermuda cruise after an 18-month operational pause.

Through Oct. 31, the 145,000 ton-vessel is set to sail from the Manhattan Cruise Terminal every Sunday, offering its week-long Bermuda voyages.

With an overnight call in King’s Wharf – Bermuda’s main cruise port – and four days at sea, the cruises also offer plenty of time to enjoy the ship.

Built in 2013, the Norwegian Breakaway is known for its dining and entertainment options, which includes the 678 Ocean Place.

A central complex on Decks 6, 7 and 8, the area is the hub of the ship, featuring several dining options, a selection of bars and lounges, an 18,000 square foot casino, entertainment venues and retail outlets.

After a drydock in 2018, the vessel debuted refreshed public areas and introduced a new bar and lounge concept to the fleet with Syd Norman’s Pour House.

Modeled after influential rock houses such as CBGB’s, The Rainbow and others, Syd Norman’s features a vintage look, diner-style seating, signature cocktails and a playlist of rock from the late 1960s to 1980s.

In 2020, during the operational pause, the Breakaway underwent another drydock, receiving additional updates. Work carried out included large bridge and stateroom refits, and the installation of scrubbers and new propellers.

After her Bermuda season, the Norwegian Breakaway is set to relaunch service from New Orleans. Following a 14-night repositioning voyage, the vessel arrives in the Big Easy on Nov. 21, starting a series of week-long Western Caribbean itineraries.

After a long operational pause, Norwegian Cruise Line resumed revenue servicesin July, with the Norwegian Jade. Based in Piraeus, the vessel launched a program of destination-intensive cruises in Greece.

In August, the brand expanded its restart to Alaska and the Caribbean with the Norwegian Encore sailing from Seattle and the Norwegian Gem resuming service from Miami.

More recently, the Norwegian Epic and the Norwegian Getaway welcomed guests back in Europe, offering additional itinerary choices in the Mediterranean.

On October 24, a seventh Norwegian ship is set to resume service, as the Norwegian Bliss departs Los Angeles to start a series of Mexican Riviera cruises.