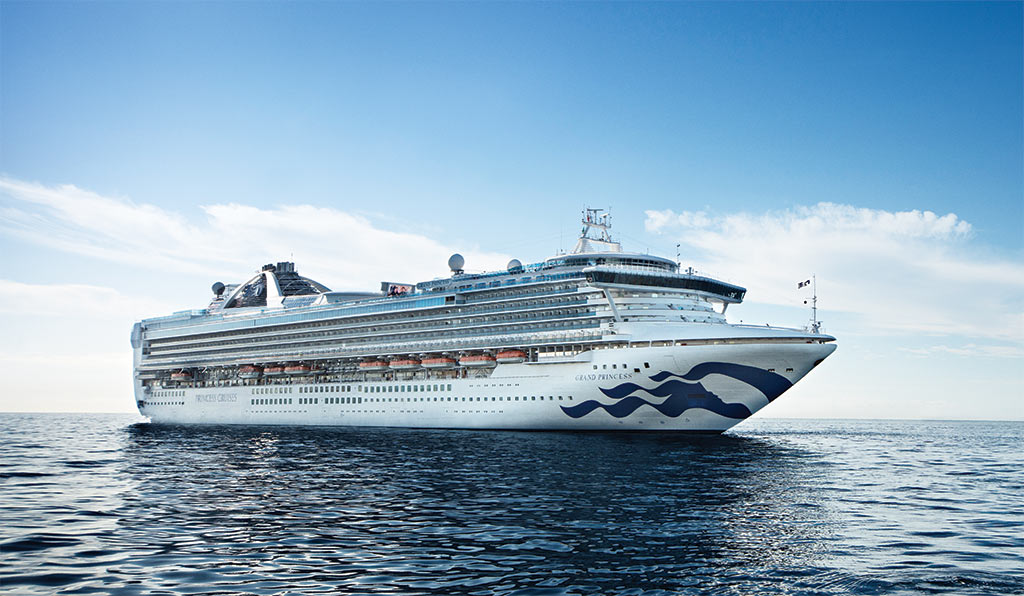 Princess Cruises is back cruising on the West Coast, as the Grand Princess receives its first guests in Los Angeles today.

After an 18-month operational pause, the vessel is resuming service with a series of short cruises to Mexico and the California Coast.

For its first sailing, the 2,600-guest ship is offering a five-night voyage that features an overnight visit to Cabo San Lucas. Before returning to Los Angeles the cruise also includes two full days at sea.

The four- and five-night getaway cruises will continue to be offered through Nov. 5, and include calls in San Diego, San Francisco and Ensenada.

After that the Grand Princess is poised to offer longer itineraries to the Mexican Riviera and the California Coast.

On Dec. 5, for instance, the vessel offers a special ten-night cruise to Baja California and the Sea of Cortez, visiting Loreto, La Paz, Puerto Vallarta and Cabo San Lucas.

First in a series of 11 ships in the  Grand Class, the vessel saw a major refurbishment in 2011. Dubbed the most extensive drydock in Princess Cruises’ history, the refit added many of the brand’s trademark features introduced since the ship’s debut, including the signature Piazza atrium.

In order to increase its operational performance, the vessel also lost its iconic Skywalker Nightclub. To replace it Princess created the One5, a lounge inspired by urban nightclubs, which, according to the company, offers a “cool vibe, contemporary seating and lighting, and a dramatic back-lit bar”.

With the Grand Princess, Princess Cruises now has four cruise ships in revenue service, including the 2019-built Sky Princess. Along with the Regal Princess, the vessel is offering British Islands and Western Europe itineraries from Southampton, England.

As the first vessel to welcome the Princess guests back in the U.S., the Majestic Princess is currently wrapping up a season in Alaska. Starting on Oct. 6, the vessel is set to join the Grand Princess in Los Angeles, offering a series of Mexican Riviera and California Coast cruises.

By the end of the year, Princess plans to have eight ships in service, offering cruises from Port Everglades, Los Angeles and San Francisco.