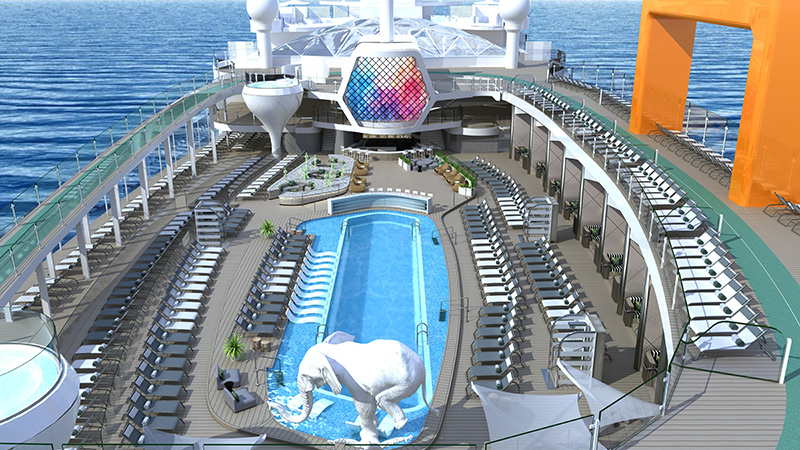 The new Celebrity Beyond launches for Celebrity Cruises in April 2022, and will be larger than the Edge and Apex as the third Edge-class vessel, with a number of new venues, spaces and significant design updates. 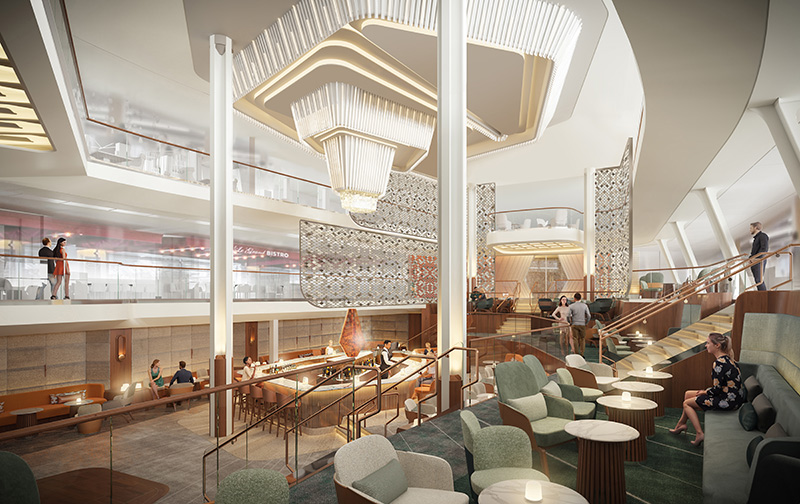 Celebrity said at the ship’s core is the Grand Plaza, a transformational place at the center of the ship designed by Jouin Manku. The space has been inspired by the piazzas of Italy, the Grand Plaza spans three decks at the heart of the ship. It is larger than Grand Plazas on its sister Edge Series ships, and the designers moved the Martini Bar into the center of the venue as a full, circular bar, with an iconic LED chandelier hanging above. 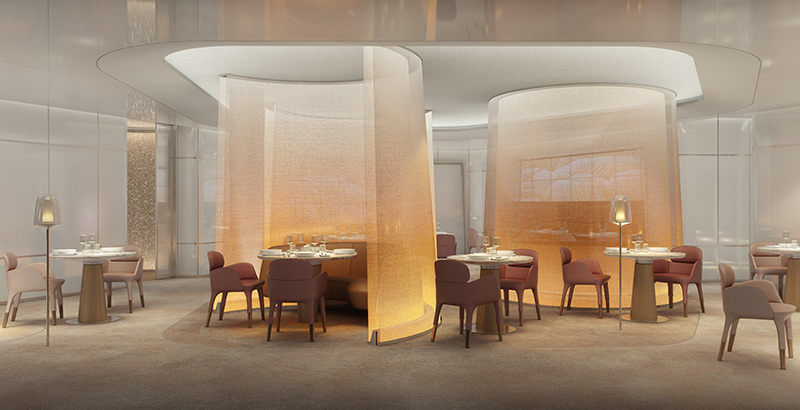 “With travel serving as inspiration, the globally inspired flavors are designed to transport guests to the very places that inspire the Michelin-rated chef. Complementing Chef Boulud’s world-class menu is the restaurant’s ambiance, complete with layers of enchanting light and texture, which is also the result of Jouin Manku’s design talents,” the company said. 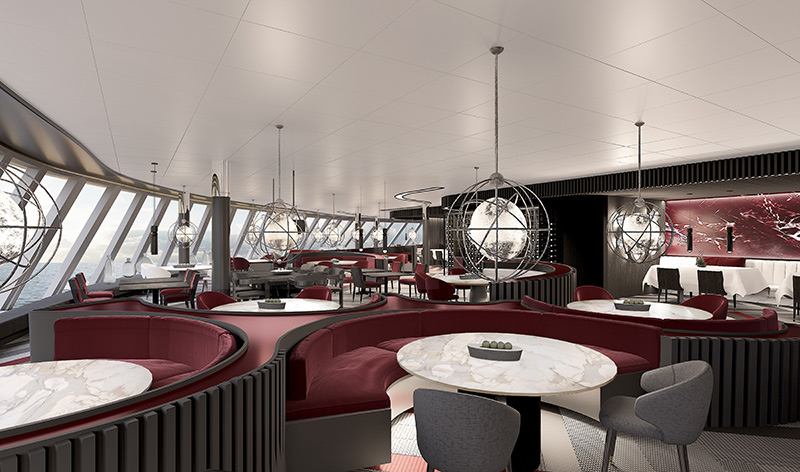 The private restaurant for suite guests, Luminae at The Retreat, features a new design by Kelly Hoppen. The venue has also been repositioned to the front of the ship with panoramic floor-to-ceiling views, Luminae features exclusive menus crafted by Celebrity’s Michelin-starred chef.

The Resort Deck has seen a big update over the Edge and Apex, featuring a 25-yard lap pool complete with in-pool loungers and surrounded by a terraced pool deck for guests The new sunken seating areas and two-story martini glass-shaped hot tubs give guests unique venues to connect. 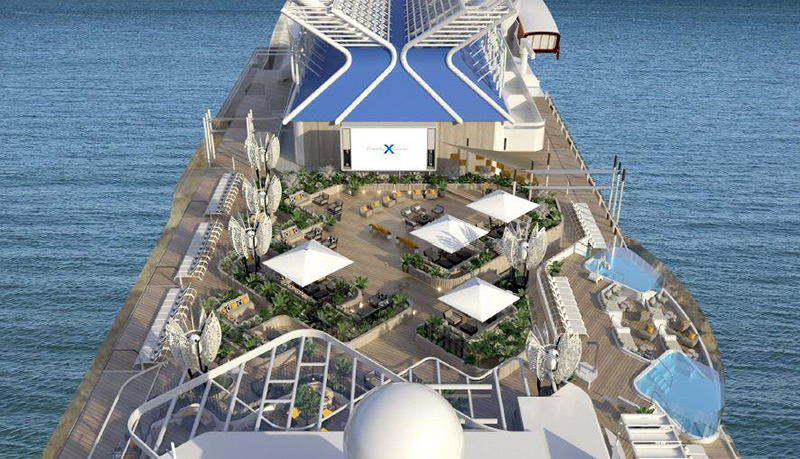 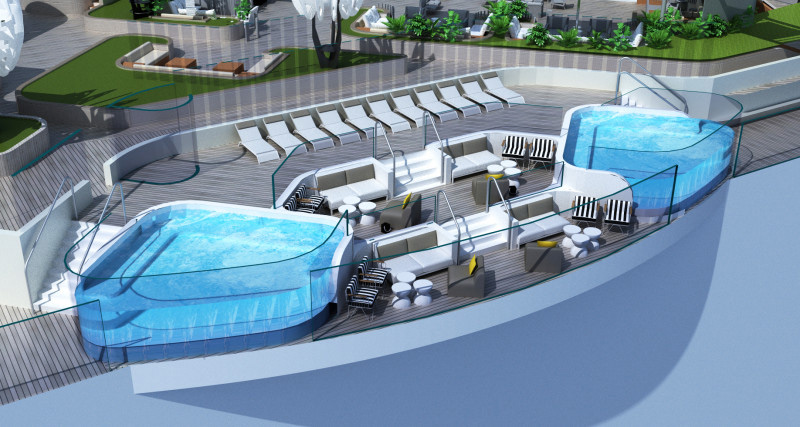 The expanded Rooftop Garden invites guests day or night to relax or play, according to the company, with shaded seating areas. 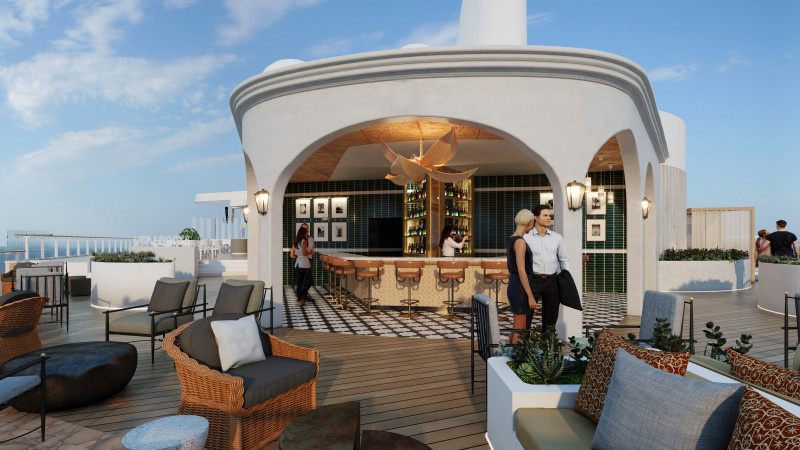 The Nate Berkus-designed Sunset Bar is nearly twice as large as the Sunset Bar on the Edge, according to Celebrity. The Moroccan-inspired venue has conversation niches and covered enclaves and is said to be reminiscent of a modern-day Casablanca. Guests enter through a pergola-covered entrance. 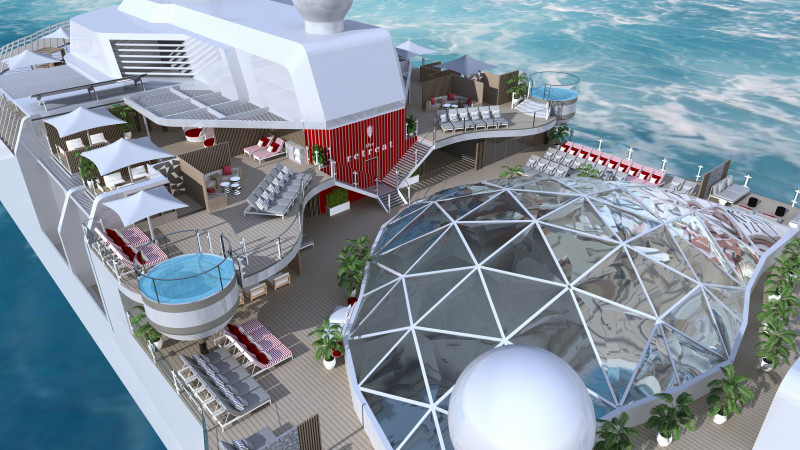 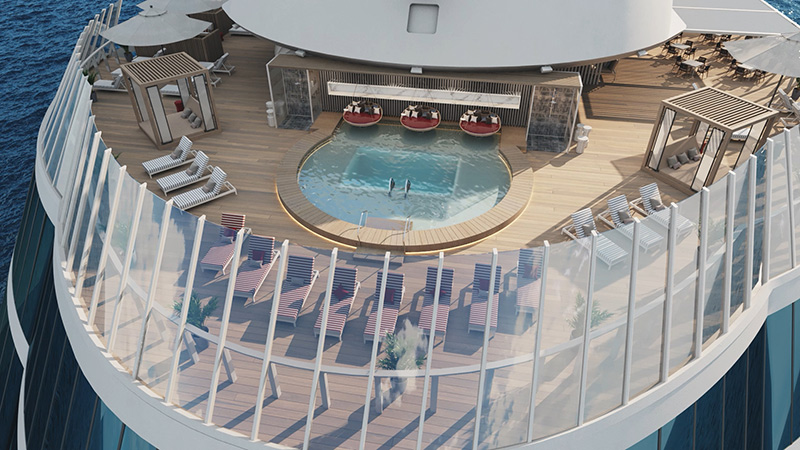 The Retreat is an exclusive space for suite guests and is now bigger on the Beyond. The new two-level Retreat Sundeck offers cabanas, chic seating, water features, the Retreat Bar and more.