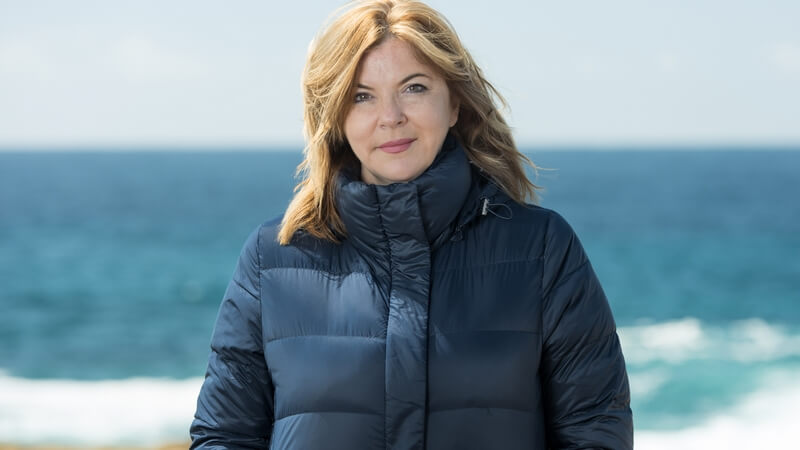 Monique Ponfoort was eight when she saw a Greenpeace campaign calling to save seals.

“They were being hurt and slaughtered, beaten,” she said. “It captured me completely … It was the first time I really felt so strongly about something outside of my friends and family at  home.”

She then did a few jobs that allowed her to save up 25 Australian dollars “that was big money for me back then,” and donated it to the campaign.

“To my surprise, they sent me a sweater with a beautiful seal on it and a commitment to give my money to saving them. I wore that sweater over and over because I wanted to share with others how important it was,” Ponfoort said.

Now Monique Ponfoort is the new CEO of Aurora Expeditions, an Australian expedition operator that – thanks to its nature experts working onboard – allows guests to see and learn more about nature and wildlife in regions like the Arctic, Antarctica, Alaska, Russian Far East, Northwest Passage, and Baja California.

Between those two points in Ponfoort’s life is more than 25 years of experience in travel and the cruise industry. What also has always prevailed is her love for nature and the sea.

Ponfoort’s career in the travel sector started when she got a job at Qantas.

“I ended up having a terrific career in sales. And then I went on to do global marketing. I was very fortunate to be able to travel the world for over 15 years with them,” she said. “That kind of led me, I guess, into taking another step out and working with some of the largest franchise travel agency groups in Australia and New Zealand.”

Most recently, in the seven years before she joined Aurora Expeditions, Ponfoort worked for Ponant and Paul Gauguin Cruises.

Ponfoort says it is curiosity that drives the expedition cruising market.

“Curiosity is an intrinsic part of expeditions. I really love the fact that you can be taken on a true adventure and from the very first day, really leave behind the life you live in and step into the most beautiful world – and it opens your mind to the world around you as well,” she said.

“You can immerse yourself completely in a destination while  learning, but you’re also experiencing it firsthand. So, it’s certainly something that truly moves you. I’ve heard many people say, like me, that it even touches your soul. (It’s) something that sticks with you forever and you keep wanting to come back and have more of it,” she added.

That curiosity is also part of Aurora’s DNA, Ponfoort explained.

Aurora Expedition’s current focus is on the construction and delivery of the Sylvia Earle. The new 130-passenger ship, a sister ship to the cruise line’s existing Greg Mortimer, is named after marine biologist Dr. Sylvia Earle.