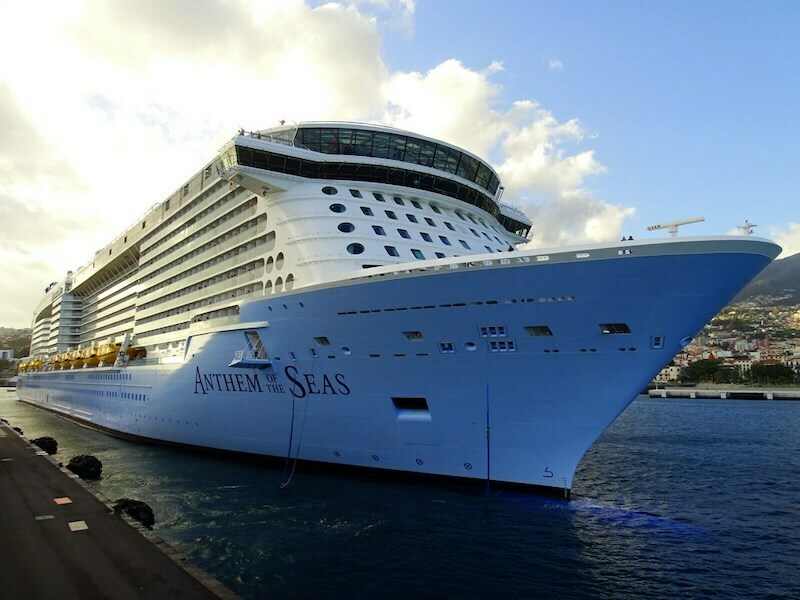 Royal Caribbean International has confirmed a summer 2021 cruising season in the UK on the Anthem of the Seas. Select key workers will have an opportunity to sail for free.

The Anthem of the Seas – a “firm favorite in the region,” according to Royal Caribbean’s press release – will begin sailing from Southampton, England from July 7.

UK families can choose from a combination of four-night Ocean Getaways in early July and five- to eight-night British Isles cruises, starting July 15 that feature visits to destinations such as Liverpool, England, Kirkwall in Scotland and Belfast, Northern Ireland.

In recognition of the tremendous efforts of the emergency services, National Health Service (NHS), social care sector and armed forces over the last year, Royal Caribbean said it will offer 999 free staterooms on its first Ocean Getaways to the UK residents in these professions.

The new summer itineraries will open for bookings on April 7.

Sailing with fully-vaccinated crew, the cruises – at this time – will be available to UK residents above the age of 18 who are fully vaccinated against COVID-19 and those under the age of 18 with negative test results.

These current health and safety measures, like others, may evolve as they are evaluated on an ongoing basis, the cruise line said. Pre-registration for guests eligible for one of the 999 free staterooms open on April 13, and final names will be drawn from a ballot by the end of April.

“The UK is a place we hold near and dear to our heart at Royal Caribbean. We miss our UK guests and are as eager as they are to get back to cruising from Southampton,” said Michael Bayley, president and CEO of Royal Caribbean International. “We are delighted with the UK government’s recent announcements regarding cruising and excited to set sail again with a phenomenal ship and favorite such as the Anthem of the Seas. After a tough year, we all need a holiday, but no one more so than the emergency services, NHS, social care sector and armed forces who will have the long-awaited opportunity to get away and relax with total peace of mind.”

On land there is an “adventure to be had” in Liverpool, Scotland and Belfast, Royal Caribbean said. Liverpool is not only the birthplace of The Beatles and home to Premier League football clubs, but also a vibrant, cosmopolitan city that boasts a wealth of maritime history and modern art. Plus in Kirkwall, on north Scotland’s enchanting Orkney Islands, guests have in store some of the most picturesque landscapes in the UK and the opportunity to discover and learn about the Viking heritage of this ancient Norse town. Belfast presents the perfect gateway to exploring Northern Ireland, known for its historic landmarks, ancient Irish castles and stunning natural terrain.

The cruise line said that guests can rest assured their well-being and that of the crew members and communities visited are Royal Caribbean’s top priorities. Details on the health and safety measures to be implemented for the summer cruises in the UK will be announced at a later date.