Cruise CEOs Call for Return to Service in United States 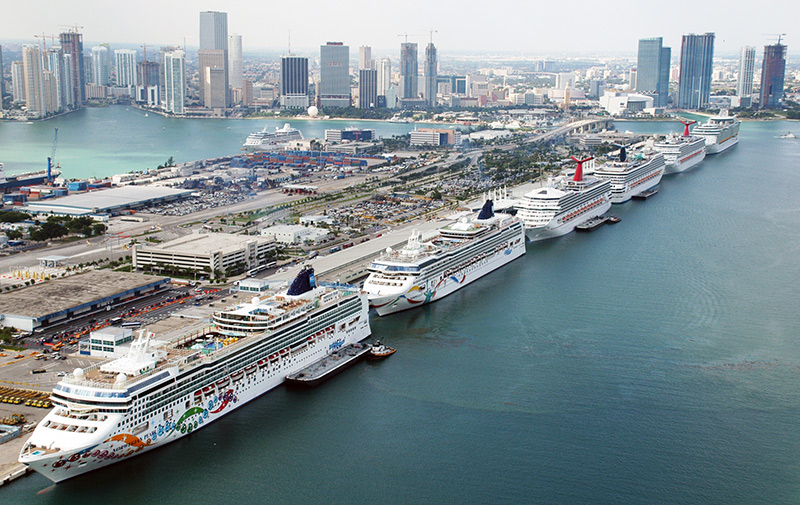 Cruise line CEOs aggressively called for a smart return to service during a meeting of the Miami-Dade County Tourism and the Ports Committee on Thursday morning.

Arnold Donald, CEO of Carnival Corporation said the company had been working non-stop with governments, health authorities, medical and scientific experts and stakeholders across the globe to develop science-based COVID-19 protocols. He pointed to Costa Cruises, the company’s Italian brand, which returned to service this week in Italy.

Donald noted that the return to service would see the cruise industry manage risk without impact to communities.

“We want no one to experience a greater risk on a cruise ship than they would in shoreside activities,” he said, noting the company was committed to working closely with the CDC. However, he said the industry pause had generated a tsunami of negative effects on economic impact and employment.

The urgency for the industry to come back and have the opportunity to operate is key, noted Miami Port Director and CEO Juan Kuryla, noting the industry was resilient.

Rick Sasso, chairman of MSC Cruises USA, said that the company’s protocols put in place in Europe had been thus far working successfully aboard the Grandiosa now on its fourth cruise since restarting in July.

Frank Del Rio, CEO of Norwegian Cruise Line Holdings, was the most vocal, noting it is safe to cruise in America and the industry has been too quiet.

“All we are asking for is the opportunity to demonstrate we take this very, very seriously. Health and safety are buzz words we hear every day but that has been the backbone of our industry forever.

“Enough is enough,” Del Rio continued. “It’s been more than six months. We as an industry, we as a society, have learned a lot on how to live alongside COVID. “

Del Rio said the company’s Healthy Sail Panel in collaboration with Royal Caribbean Group was a week to 10 days away from submitting its plan.

Michael Bayley, president and CEO of Royal Caribbean International, said the Caribbean was also being highly impacted, with over 40 countries highly dependent on cruise calls for economic impact, originating on ships leaving from Miami