Carnival Cruise Line operated 21 ships at the turn of the century. Here’s what the Carnival fleet looked like in 2000:

Built in 1996, the Carnival Destiny is currently sailing as Carnival Sunshine. In 2013, the 102,853-ton vessel underwent a major refit that included additional cabins and new public rooms.

The second ship in the Destiny Class, the Carnival Triumph was renamed Carnival Sunrise after a $200 million conversion in 2019. Other than additional cabins and a complete redesign of the public areas, the refit included new restaurants, lounges and attractions. The 1999-built ship now offers cruises from Miami and Fort Lauderdale. 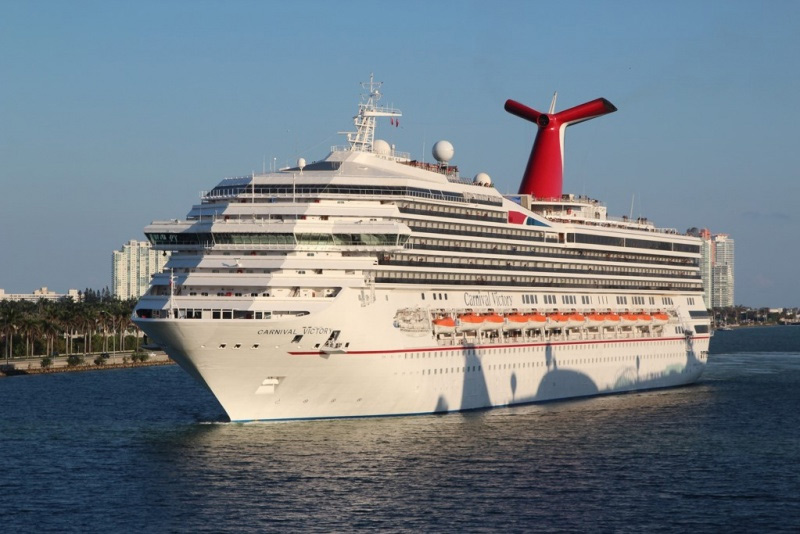 As its sister ships, the Carnival Victory was set for major refurbishment that will also include a new name. The vessel was set to go to a Spanish shipyard earlier this year and was slated to emerge as Carnival Radiance in April. The COVID-19 outbreak, however, delayed the work. Now, the Radiance is scheduled to debut in Port Canaveral, in November. 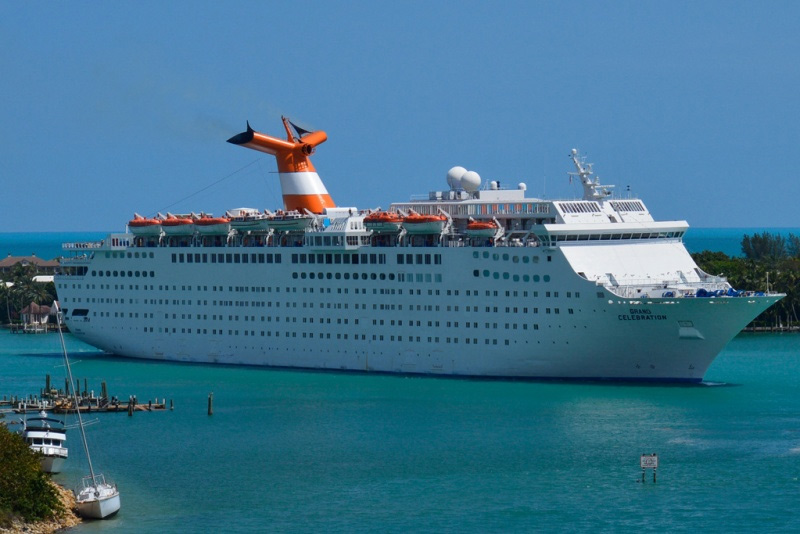 After 20 years of service, the Celebration was transferred to Carnival Corporations’s IberoCruceros brand in 2008. With rebuilt interiors, the vessel offered cruises in Europe and South America until 2015. In the same year, it was sold to Bahamas Paradise Cruise Line (as pictured) and deployed on short cruises to Freeport from the Port of Palm Beach.

Last drydocked in 2019, the Carnival Ecstasy is based in Jacksonville. The vessel offers short cruises to the Bahamas and received Fun Ship 2.0 upgrades in 2017. 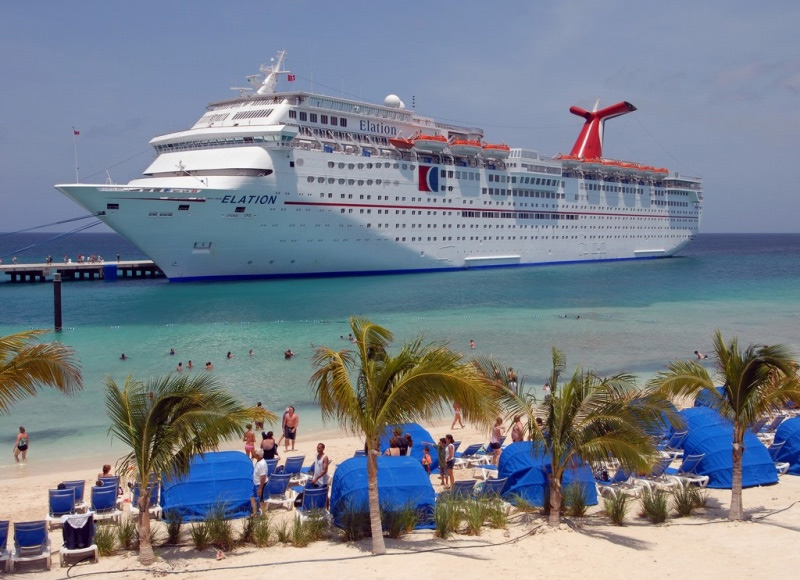 Currently based in Port Canaveral, the Carnival Elation offers short cruises to the Bahamas and Eastern Caribbean. Built in 1998, the vessel received 30 new cabins during a drydock last March. In 2017, it got the Fun Ship 2.0 upgrades, which included new bars, restaurants and entertainment options.

Renamed Carnival Fantasy in 2007, the 1990-built vessel is currently the oldest on Carnival Cruise Line’s fleet. Last drydocked in 2019, it offers a program of short cruises from Mobile, featuring itineraries to the Western Caribbean.

Since 2016, the Carnival Fascination offers cruises from San Juan, Puerto Rico. The year-round program features sevent-night itineraries to Southern Caribbean. In 2022, the vessel, which received the Fun Ship 2.0 upgrades in 2018, is scheduled to replace the Carnival Fantasy in Mobile. 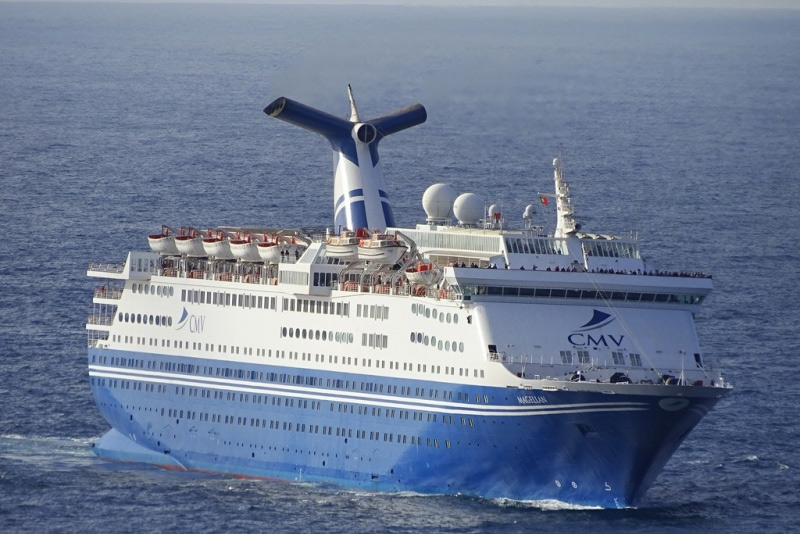 Built in 1985, the Holiday left Carnival’s fleet in 2010. After a major refurbishment, the vessel debuted as Grand Holiday for IberoCruceros in that same year. The Spanish brand, which was also part of Carnival Corporation, operated the ship until it was shut down in 2014. Soon after, it was sold to Cruise & Maritime Voyages, which currently operates it as the Magellan (pictured above).

Offering short cruises from Long Beach, the Carnival Imagination entered service in 1995. In 2016, it underwent an extensive renovation that saw the addition of a variety of new food and beverage concepts. Among them, the RedFrog Rum Bar, the BlueIguana Cantina and Guy’s Burger Joint. 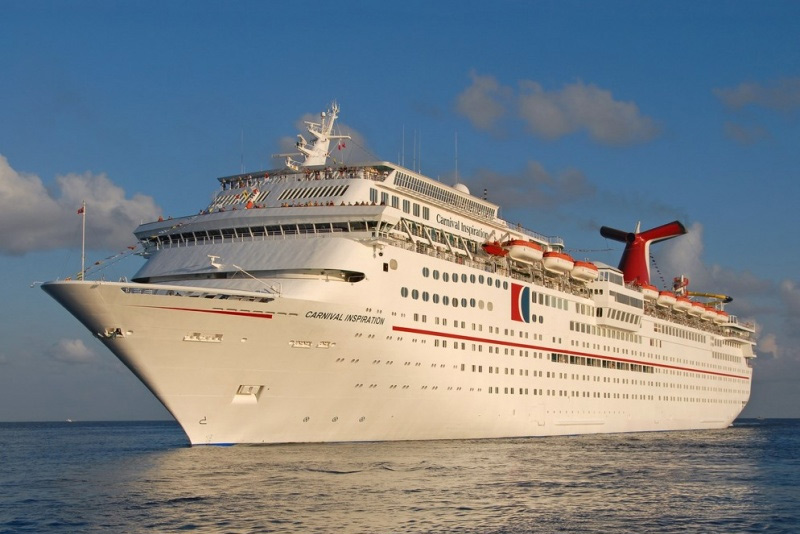 Based in Long Beach, Inspiration’s currently schedule includes short cruises to Ensenada and Catalina Island. In 2016, the ship was upgraded to offer Carnival’s newest food and entertainment concepts that include the Alchemy Bar and Guy’s Burger Joint. 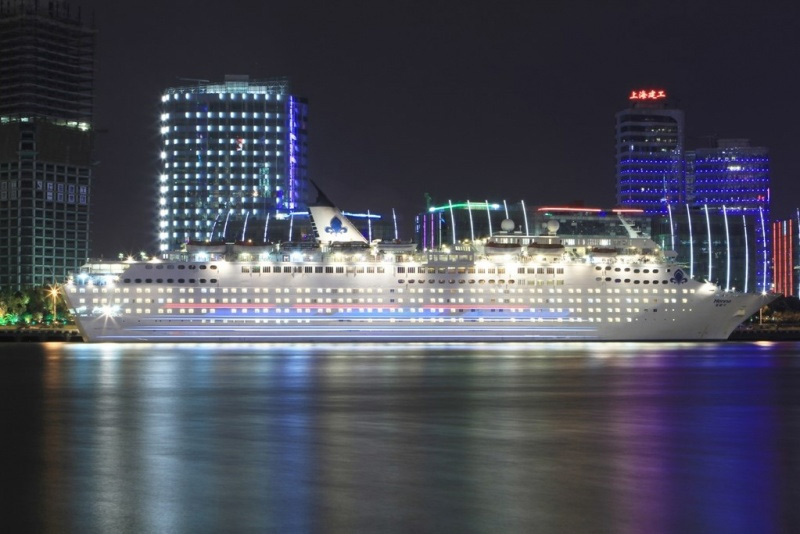 In 2017, the Jubilee became the first Carnival-built vessel to be scrapped. The 1986-built ship spent its final years in China, operating for the domestic market as the Henna (as pictured). After leaving Carnival’s fleet in 2004, it also sailed for P&O Australia as Pacific Sun.

The last ship of the Fantasy Class, the Paradise was launched in 1998 as the world’s first completely non-smoking cruise ship. The concept was dropped in 2003, but the vessel is still sailing for Carnival. After several refurbishments, it currently offers short cruises from Tampa.

The Carnival Sensation was built in 1993 as part of a series of eight vessels known in the Fantasy Class. In 2009, during a major modernization, the vessel saw the addition of new public areas, including the Carnival WaterWorks aqua park and the Serenity adults-only sundeck. Another significant change was the addition of 98 balconies to existing cabins. 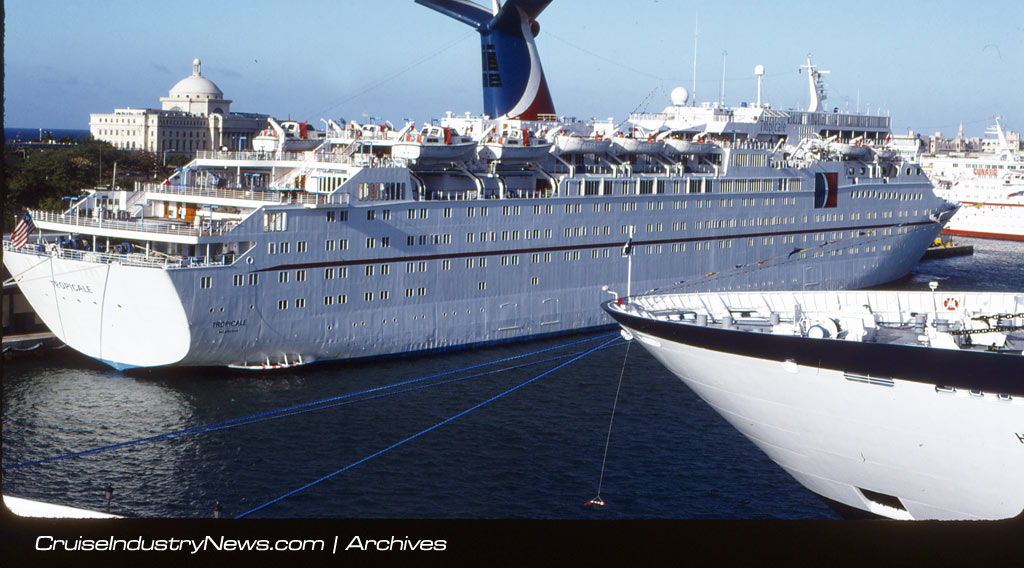 First newbuild introduced by Carnival, the Tropicale left the fleet in 2000. The 1982-built ship was initially transferred to Costa Crociere, remaining under Carnival Corp’s umbrella. In 2005 it was once again transferred, this time to P&O Australia. After three years sailing as Pacific Star, the 1,022-guest vessel was sold to Royal Caribbean’s Pullmantur. In 2012, it left Pullmantur’s fleet to join the PeaceBoat Organization, which currently operates the vessel as Ocean Dream.