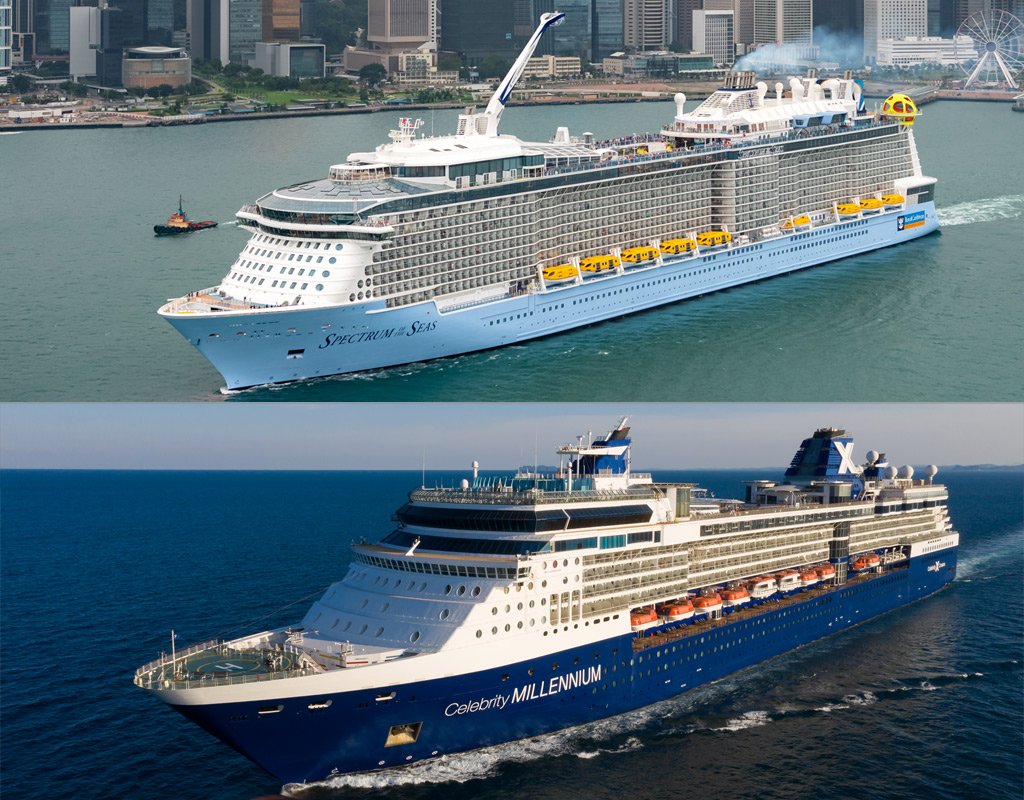 Royal Caribbean Cruises announced it will dedicate two ships to “humanitarian efforts in Australia and California” to support those affected by recent crises in both areas.

Both the Spectrum of the Seas and Celebrity Millennium, which are out of service due to the coronavirus outbreak, will redeploy for these sailings.

The 2019-built Spectrum of the Seas will move Australia and be deployed on complimentary cruises sailing from Sydney in support of Australia’s first responder community, according to a statement.

The ship has been out of service since mid January due to the coronavirus outbreak, with cruises cancelled through mid March.

“When things go wrong, this is a company that wants to find a way to help,” said Richard Fain, chairman and CEO of Royal Caribbean Cruises. “At Royal Caribbean, we consider ourselves fortunate to be able to use our ships in a positive way during difficult times.”

“We are in a fortunate position to offer these brave and selfless members of the Australian community the opportunity to join us for a few days and let them relax and unwind in the company of other volunteers and first responders,” added Michael Bayley, president and CEO of Royal Caribbean International. “By welcoming and accommodating them aboard Spectrum of the Seas, we hope to recognize their contribution and offer them our hospitality.”

Fain said Royal Caribbean was working with its suppliers to deliver one million N-95 protective masks into China for government distribution into affected areas.

“We admire the all-out efforts of the Chinese government and people to address this crisis, and we want to bring our resources to bear to help their efforts,” Fain said.

In addition, the Celebrity Millennium is moving to the West Coast of the U.S. earlier than previously scheduled ahead of her Alaska program and will offer a series of “Cruising for Heroes” voyages in support of California firefighters, other first responders and veterans.

These voyages will run through March and April. A variety of three-, four- and five-night sailings have been added to the brand’s offerings to travel the breathtaking Pacific Coast. The sailings will leave from Los Angeles and details will be announced soon.

Lisa Lutoff-Perlo, president and CEO of Celebrity Cruises, said, “While the circumstances have not been what any of us would have wanted, we now have the opportunity to show the State of California our stunning Celebrity Millennium and do some good in the process by honoring and helping our everyday heroes who do so much for so many. Celebrity Millennium is a beautifully appointed ship and was recently revolutionized. It’s exciting to share it with this market and to honor the men and women who come to the aid of others every single day.”

Royal Caribbean also announced it plans to dedicate a ship in China to a series of complimentary sailings to thank first responders and medical personnel when the outbreak is under control.