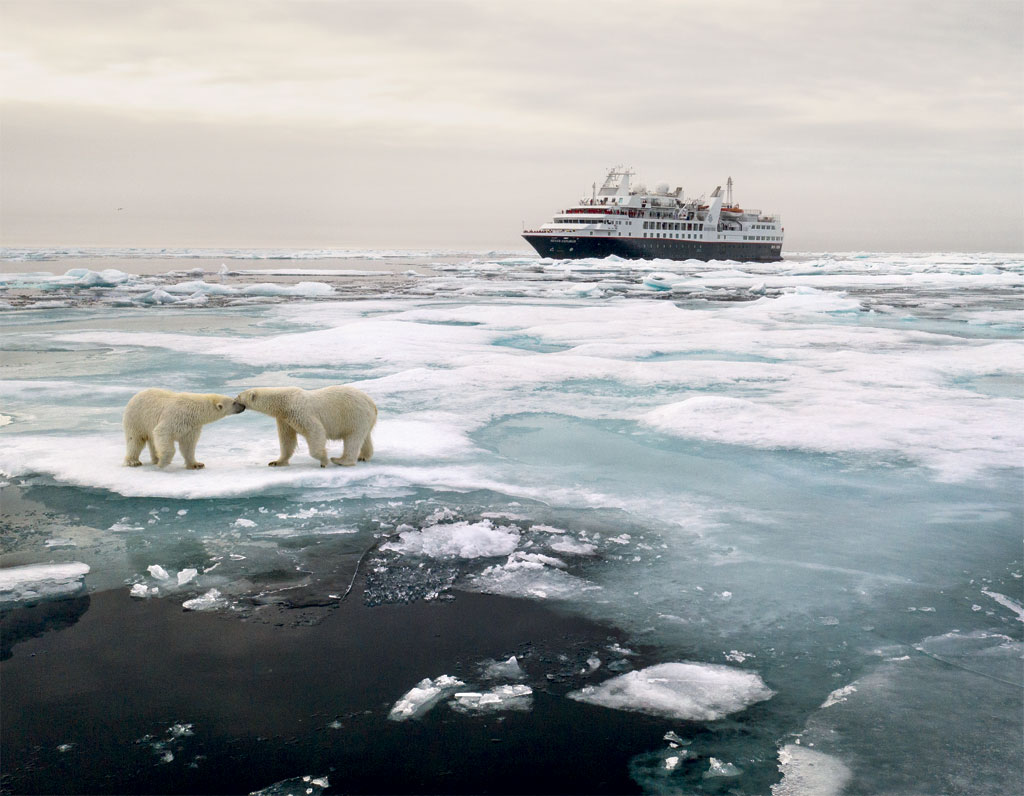 For the first time in its history, Silversea has transited the Northeast Passage. Between August 10 and September 5, 2019, the cruise line sailed over 5,000 nautical miles between Nome and Tromsø, calling at 27 destinations in three countries aboard the Silver Explorer.

Among the voyage’s numerous highlights were various sightings of polar bears with their cubs, two passages through the Arctic sea ice, accompanied by an icebreaker; a unique culinary experience on the remote Ostrov Isachenko; and a polar plunge above 80°N latitude, according to a statement from the company.

“It was a life-defining voyage,” says Stefan Kredel, Silversea’s Expedition Leader for this particular crossing of the Northeast Passage. “Nothing is guaranteed this far north, but we were very fortunate with the weather and ice conditions. We are delighted to have unlocked so many unique and memorable experiences for our guests in this remarkable region, from a folkloric performance by locals in Provideniya to various sightings of polar bears and walruses.”

Silversea’s guests were accompanied on the voyage by 15 experts from the company’s expedition team, including three historians, a marine biologist, a botanist, a geologist, an ornithologist, and a professional photographer. Almost 50 destination-inspired lectures were delivered aboard Silver Explorer throughout the voyage.

Among the highlights, near Kolyuchin Island, Silversea’s guided Zodiac tours enabled guests to safely witness seven polar bears in just one hour, as well as a vast haul out of walruses. Subsequently, marine biologist Robin Aiello hosted a lecture on polar bears once back onboard.

On August 19, just off Ayon Island in the East Siberian Sea, guests rose at 6:00 am to search for wildlife on surrounding ice floes. As well as spotting many walruses resting on the ice, guests were treated to a polar bear sighting—in which a female bear and her two cubs were navigating the ice. Following this, guests visited the isolated settlement on Ayon Island, which is home to a small town of aged Soviet-style buildings and is inhabited by approximately 300 residents. Local children were eager to interact with Silversea’s guests, performing traditional songs and dances in an authentic display of the region’s historical culture.

Two weeks into the voyage, on August 24, Silver Explorer reached the Arctic pack ice and began following its edge northwards, accompanied by a Russian icebreaker.

Silversea’s culinary offering was extended to the remote shore of Ostrov Isachenko on August 26. The ship’s hotel team ventured ashore to establish a temporary bar near an abandoned weather station, according to a statement, from which the group enjoyed champagne and blinis with caviar, as they explored the abandoned buildings and surrounding tundra in a temperature of just 3°C.

“Our guests shared a feedback score of 100% for the overall cruise experience on the Northeast Passage crossing, which speaks volumes about Silversea’s approach to ultra-luxury expedition cruising,” says Conrad Combrink, Silversea’s Senior Vice President of Strategic Development for Expeditions and Experiences. “The depth with which we explore each destination ensures that guests enjoy an immersive and holistic journey of discovery, which is both enriching and unforgettable. Silversea’s first crossing of the Northeast Passage captured the true spirit of expedition. I look forward to 2020 when the cruise line will unlock both the Northwest and the Northeast Passages for guests once more!”