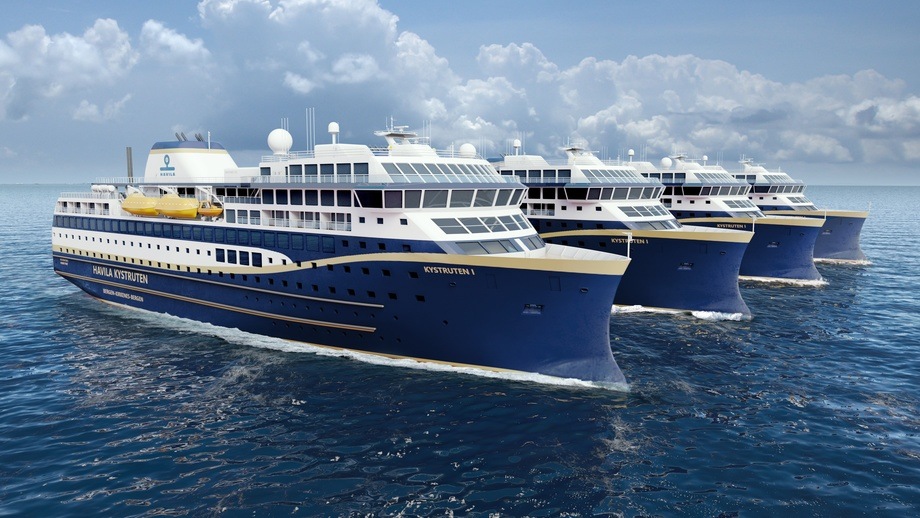 The Norwegian Ministry of Transportation and Communications has split Norwegian coastal service voyages starting in 2021 and going through 2030 between the established Hurtigruten, which will continue to operate seven ships on the route, and newcomer, Havila, which plans to build four new ships.

The 11 ships will sail year-round between Bergen and Kirkenes, with daily departures, calling at 34 ports.

The government had initially planned to split the subsidized contract between companies to encourage what it called more competitive services.

Hurtigruten has previously operated the coastal service since 1893.

Hurtigruten CEO Daniel Skjeldam described the negotiations with the ministry as tough and said it came down to price. Most interested parties pulled out before the negotiations even got underway, he said in a prepared statement. The new contract also stipulates stricter environmental compliance.

The government subsidy amounts to NOK 788 million per year or about $100 million.

Havila Shipping has committed to building four new ships for the service and is said to be considering hybrid power solutions, including LNG and batteries.

Hurtigruten has said it will modernize its existing ships to comply with the new contract.

In addition, Hurtigruten plans to sail its three largest ships, the Trollfjord, Midnatsol and Finnmarken, between Bergen and Kirkenes, as coastal cruises for international passenger sourcing, not carrying local passengers.

Based on Fosnavaag, Norway, Havila is supplier of services to the international offshore industry and operates 23 vessels within subsea construction, anchor handling, platform supply and multi-field rescue recovery services.