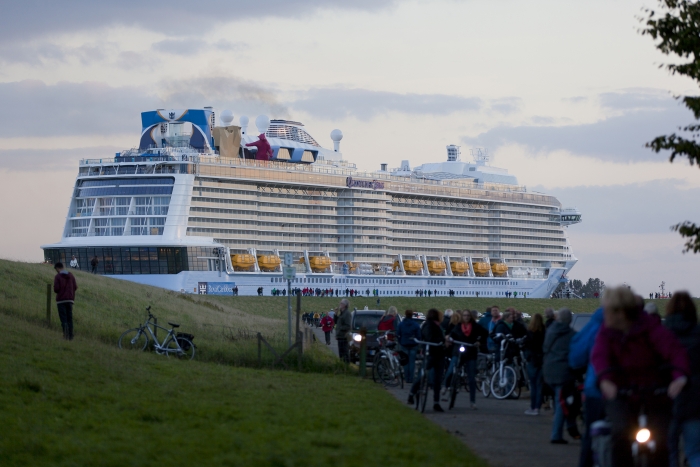 Royal Caribbean Cruises has ordered new ships that will be powered by liquefied natural gas (LNG) and introduce the use of fuel cell technology, the company said in a statement.

The ships will join the fleet of Royal Caribbean International. The company said it signed a memorandum of understanding with shipbuilder Meyer Turku for the new class of vessel under the project name “Icon.” The vessels will be delivered in the second quarters of 2022 and 2024.

The company also said it will begin testing fuel cell technology on an existing Oasis-class ship in 2017, and will also run progressively larger fuel cell projects on new Quantum-class vessels being built in the next several years.

“With Icon class, we move further in the journey to take the smoke out of our smokestacks,” said Richard Fain, chairman and chief executive officer of Royal Caribbean Cruises, Ltd. “We are dedicated to innovation, continuous improvement, and environmental responsibility, and Icon gives us the opportunity to deliver against all three of these pillars.”

The ships will be 5,000 passengers.  Fain said the new ships are in line with company’s strategy of moderate capacity growth.

“Our guests expect us to push every envelope we can,” said Michael Bayley, president and chief executive officer of Royal Caribbean International. “And on this new class of ship, we began by challenging ourselves to find a new approach to power and propulsion that is safe, reliable, and more energy-efficient than ever before.”

“Our partnership with RCL has created a number of groundbreaking ship classes, such as Oasis, Celebrity Solstice, Quantum, and Mein Schiff, and we are grateful that Royal Caribbean is again giving us the opportunity to partner with them on a new class of ships,” said Jan Meyer, the CEO of Meyer Turku.

“We believe fuel cells offer very interesting design possibilities,” said Harri Kulovaara, RCL’s chief of ship design. “As the technology becomes smaller and more efficient, fuel cells become more viable in a significant way to power the ship’s hotel functions. We will begin testing those possibilities as soon as we can, and look to maximize their use when Icon class debuts.”