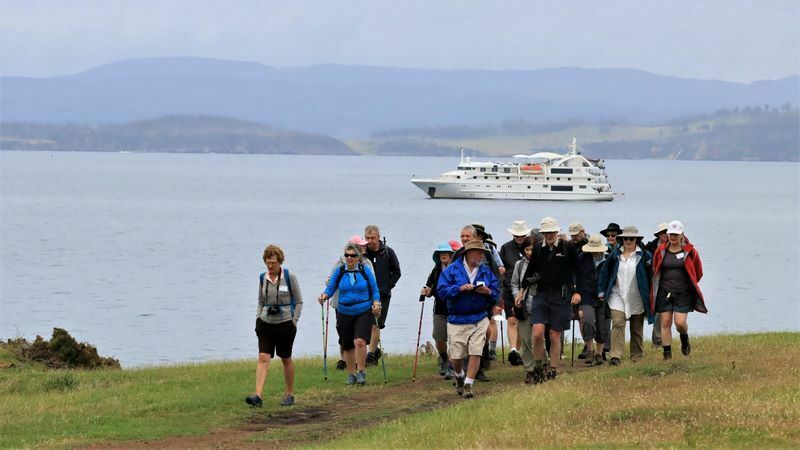 Coral Expeditions is set to embark on its biggest expedition season in Tasmania, with a record 12 voyages between January and March 2023, carrying more than 800 guests according to a company statement.

The season will launch with Coral Adventurer making a series of calls in the Apple Isle, including Stanley, historic Hobart, Bruny Island, Maria Island, and Flinders Island, on her 60-day Circumnavigation of Australia voyage.

The Coral Discoverer is currently on an expedition with 70 guests on the season’s first 16-night Tasmania Circumnavigation. C

oral Expeditions is also working for the first time with international partners to bring new themed charter voyages, which are the perfect fit for Tasmania’s tourism strategy of experiential high-end visitors, the company said.

Coral Expeditions is unique in the  industry in having a vessel based in Hobart for an entire season. For the eighth consecutive year, the Coral Discoverer will turn in Hobart for a season that incorporates two Tasmania Circumnavigations, two Coastal Wilds and two Coastal Treks expeditions during the season. She will stay in Tasmania from January 1 to late March.

Coral Expeditions Commercial Director Jeff Gillies said the summer of 2023 marks the eighth season in Tasmania for the company.

“We continue to experience outstanding demand for expedition cruising in Tasmania with only very limited numbers of bookings available for 2023,” he says. “Our style of small ship expedition cruising with low numbers and high conservation values is the perfect model for Tasmanian cruise tourism. As an Australian operator we are homeported in Hobart for the season and we have always provisioned the ship from local suppliers in Tasmania. We will generate economic benefit of close to $10 million for the regional economy this year.”