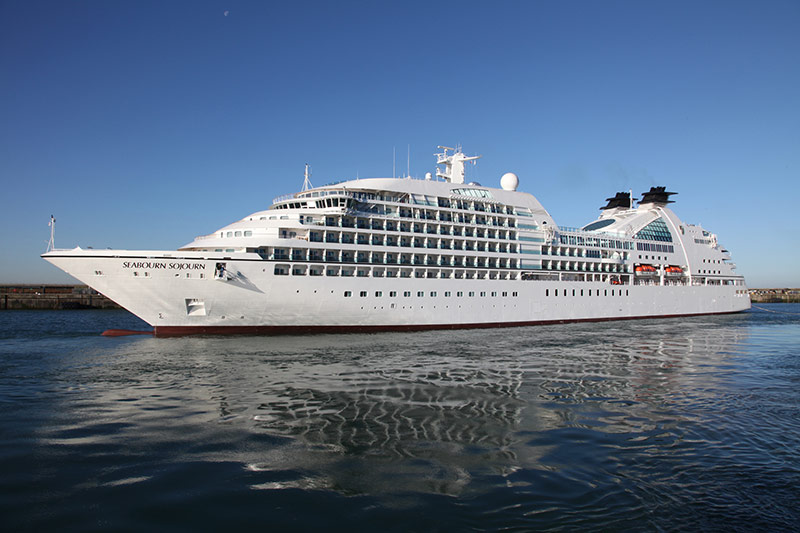 With the world open for cruising again, the luxury brands are back sailing world cruise itineraries in 2023.

Before ending in England in May, the voyage features full transits of the Panama and Suez Canals as well.

According to Seabourn, a first of the itinerary is the “intensive exploration” of the South Pacific, with an expert Ventures by Seabourn team onboard for optional Zodiac, kayaking, snorkeling and trekking options at Easter Island, French Polynesia, Cook Islands, Tonga, Fiji, Vanuatu, Solomon Islands, Papua New Guinea and more.

According to Regent, its 2023 world cruise is a once-in-a-lifetime experience for guests to immerse into dozens of foreign cultures while relaxing and “escaping to the most beautiful destinations on the planet.”

Named Beyond the Horizon, the 143-night itinerary sails for 38,279 nautical miles onboard the Seven Seas Mariner and features three oceans, six continents, 11 overnight stays, in addition to visits to 72 ports in 42 different countries.

Cruising to destinations that include South America, Southeast Asia, the Indian Ocean and Africa, the cruise also allows guests to visit 48 UNESCO World Heritage sites around the globe.

Named South Side Story, Silversea’s 2023 world cruise is set to visit 66 destinations in 34 countries around the world.

Focusing on the Southern Hemisphere, the itinerary sails from Sydney to Fort Lauderdale and includes a mix of destinations across five continents, from Papua New Guinea, Mauritius, Réunion Island, and Cape Verde to Tasmania, New Zealand, Myanmar and South Africa.

One of the highlights of the 139-night voyage is a visit to the Amazon River, where the Silver Shadow is set call at four destinations such as Parintins, Manaus and Santarém.

In addition to multi-day stays in 20 ports of call, the six-month cruise is also highlighted by a visit to Antarctica – where the Insignia is set to sail for three full days, offering panoramic cruising in Admiralty Bay, Paradise Bay and Half Moon Island.