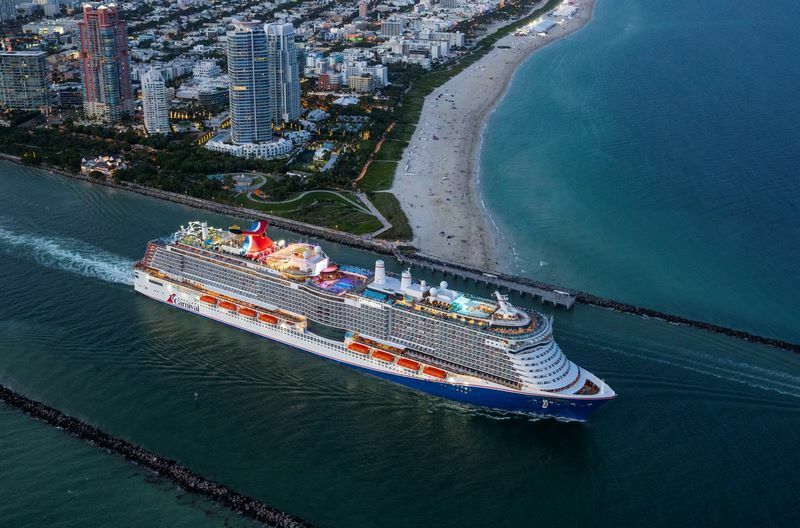 The 5,200-passenger Carnival Celebration launched service from Miami in November, sailing alternating seven-day Eastern and Western Caribbean itineraries. She is the second LNG-fueled ship to sail from a North American homeport, following her sister ship, the Mardi Gras, which is based in Port Canaveral.

The third Excel-class ship, the Jubilee, which will also be LNG-fueled, is set to launch service from Galveston in November 2023.

First introduced as “Costa by Carnival,” the branding was later changed to “Carnival Fun Italian Style.” The two former Costa Cruise Line ships will be rebranded, with the Carnival Venezia joining the fleet in the spring, sailing from New York.

The Carnival Firenze will join the fleet in 2024 and start guest operations from Long Beach.

The two ships will expand the cruise line’s presence in two of the line’s American homeports. Carnival started sailing from New York in 1988 and from the West Coast in 1979.

On Carnival Corporation’s third quarter earnings call, Josh Weinstein, president and CEO, said that in light of the continued closure of cruise operations in China, where Costa had a significant presence, it made sense to bolster the highly successful Carnival brand by transferring the three Costa ships.

He commented further that these fleet decisions will provide strong tailwinds (for earnings).

The Carnival Splendor returned to service in Australia in September when she was said to be the first ship to enter Australian waters with international passengers in nearly three years.

In addition, the Carnival Luminosa arrived in Brisbane at the end of October, becoming the first Carnival ship to be homeported there.

While the Splendor sails year-round in Australia, the Luminosa transfers to Seattle for Alaska cruises during the summer season.

Including the three former Costa ships and the two newbuilds, the Carnival brand is adding five ships over the next two years.

Describing itself as America’s Cruise Line, the brand will continue to sail from 14 U.S. homeports in 2023, with Caribbean cruises commanding approximately 75 percent of its passenger capacity, according to the 2022 Cruise Industry News Annual Report.

By 2024, Carnival Cruise Line will have 27 ships and an estimated annual passenger capacity of 5.5 million, compared to 4.3 million in 2019.