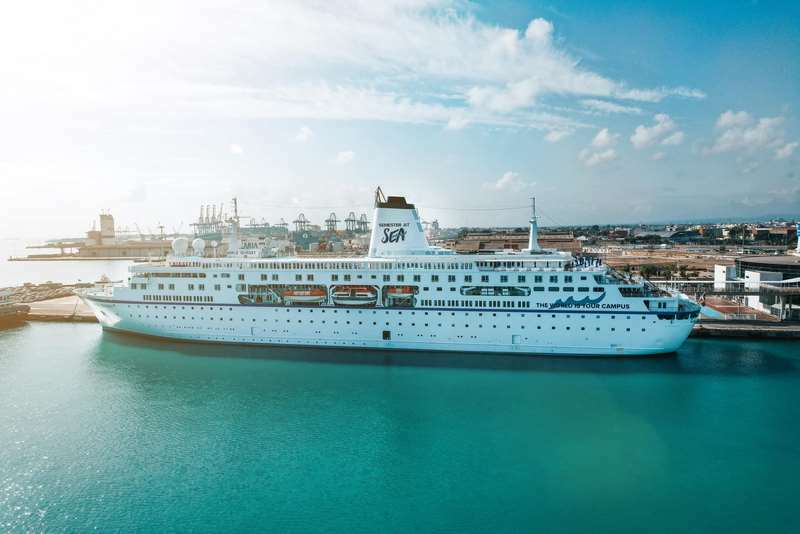 The Institute for Shipboard Education (ISE), which operates the Semester at Sea program, and the Colorado State University have renewed their affiliation agreement.

According to a statement, the academic partnership, which began in 2016, is now extended through 2027.

A registered 501c3 nonprofit organization, ISE has operated the Semester at Sea program since 1963. More recently, the institute has been using the 520-guest World Odyssey as its floating campus.

“Our partnership with Colorado State University has ensured that our voyagers have a rigorous and rewarding academic experience aboard a ship that connects their classroom interests and career ambitions to global challenges,” said Marshall.

“Together, we offer the best in comparative, experiential learning that benefits students in Fort Collins and around the world.”

In collaboration with CSU and its Walter Scott, Jr. College of Engineering, Semester at Sea also announced the addition of engineering courses to its curriculum starting with the Fall 2024 voyage.

The college will design and deliver the two engineering courses offered on the ship, which will be available to eligible students across United States.

The two partners began to explore offering engineering courses in Fall 2020. The idea is to allow students access to the Semester at Sea experience while staying on track to graduation.

“Engineers solve global challenges every day, so we’re excited to bring our engineering programs to Semester at Sea,” said David McLean, dean of the Walter Scott, Jr. College of Engineering.

Originally built for Peter Deilmann Reederei in 1998, the World Odyssey sails global voyages for Semester at Sea during winter seasons. The 22,400-ton vessel also operates as the Deutschland during the summer programs for Phoenix Reisen.