Quantum of the Seas Arrives in Brisbane for First Australian Season 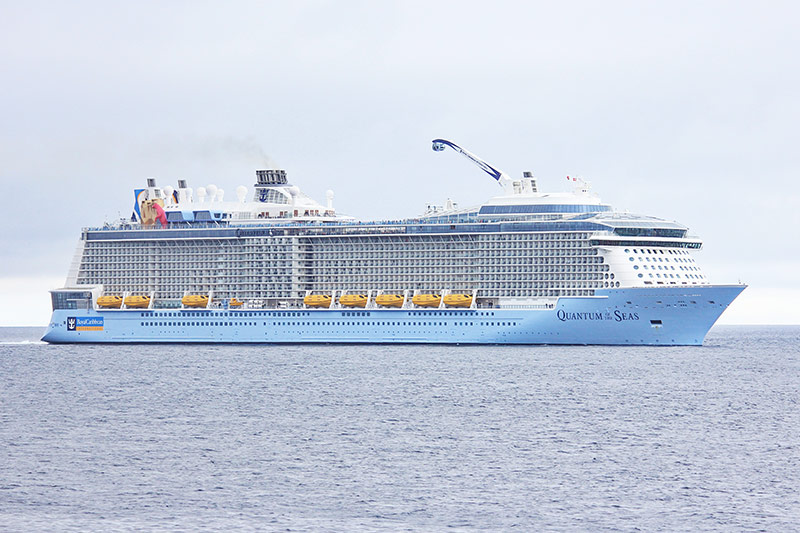 Following the Ovation of the Seas, the Quantum of the Seas became the second Royal Caribbean International vessel to arrive in Australia for the upcoming local season.

The 2014-built ship docked in Brisbane today, closing out an 18-night transpacific voyage.

Following a summer program in Alaska, the repositioning itinerary departed from Honolulu and included visits to four destinations in Tahiti and the South Pacific.

As part of its first season in Australia, the Quantum of the Seas is now set to offer regular departures from Brisbane.

Extending through mid-April, the ship’s local program features itineraries to destinations in Queensland, Tasmania and the South Pacific.

The season also includes three- and four-night cruises to nowhere, in addition to a special voyage to New Zealand.

After repositioning to Alaska for a summer program in 2023, the 4,100-passenger vessel is set to return to Australia for a second season in late 2023.

As the lead ship of the five-ship Quantum Class, the Quantum of the Seas originally entered service in 2014.

Design with several “firsts at sea,” the ship debuted new features, such as a skydiving experience and a large indoor sports and entertainment complex with bumper cars, roller skating and more.

The Quantum also introduced the North Star, a jewel-shaped, glass capsule that transports guests above the ocean and over the sides of the ship to deliver 360-degree views.

Other features include the industry’s first virtual balconies and Two70º, a futuristic lounge and entertainment venue.

Located at the ship’s stern, the space features 270-degree views of the ocean through floor-to-ceiling glass windows that transform into a huge screen for nighttime entertainment and shows.