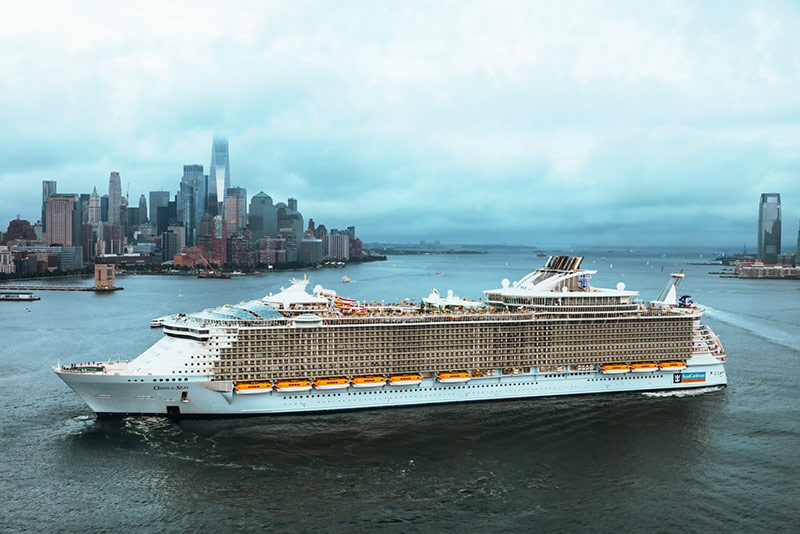 Jason Liberty, President and CEO of the Royal Caribbean Group, shared some insight on the company’s deployment and sourcing plans for the upcoming year.

Speaking on Thursday’s third quarter earnings call, he revealed hopes for a return to normality in 2023, focusing on a strong U.S. market.

“While we are still early in our planning cycle, 2023 is shaping up to be a strong year for the company and in the return to normal, typical business,” Liberty said.

“Our overall capacity will grow 14 percent compared to 2019 on account of ten new ships which have joined or will join the fleet across our brands during this period,” he added, noting that the growth will be achieved despite previous ship disposals.

Liberty also said that deployment across markets is “relatively unchanged” compared to 2019 with Caribbean representing just over half of the overall deployment and Europe with almost 20 percent.

“Asia is in the low single digits, with no planned deployment in the highly yielding China market,” he said.

About 18 percent of the U.S. population is within driving distance to a U.S. homeport, Liberty added, with the “Short Caribbean” product upsized by 35 percent compared to 2019.

Perfect Day at CocoCay has also been an important part of the deployment, with 65 percent of the guests sailing on Royal Caribbean International’s Caribbean itineraries in 2023 set to visit the private destination in the Bahamas. The number of calls is up 30 percent from 2019, he said.

“We expect almost 80 percent of 2023 guest sourcing to come from North America as we continue to see particularly strong demand from that costumer,” Liberty said.

“Our global brands appeal and nimble source model allows us to attract the highest yielding guest and partially mitigate the impact from a strong dollar.”