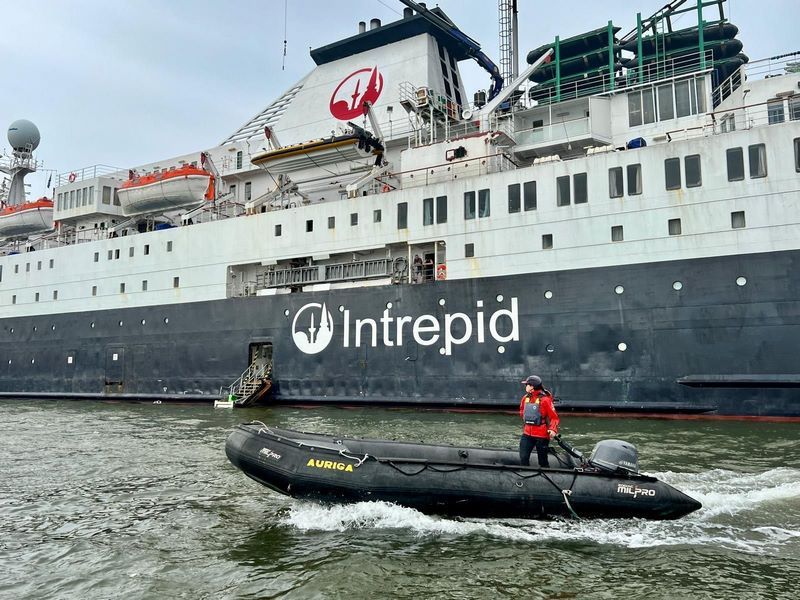 Intrepid Travel recently kicked off its first season in Antarctica. Operating the Ocean Endeavour, the brand is now offering a series of expedition cruises departing from Punta Arenas, Chile, and Ushuaia, Argentina.

For its first departure, the ice-strengthened vessel is offering a 11-day voyage named “Best of Antarctica.”

Sailing roundtrip from Ushuaia, the expedition includes a four-day visit to the Antarctica Peninsula, with planned visits to the Anvers Island, the Deception Island and the South Shetland Islands.

The trip also includes a transit of the Drake Passage, which, according to Intrepid, is an opportunity to spot dolphins, orcas and albatrosses from the ship’s decks.

Additional departures, as well as other expeditions itineraries, are available through March 2023 – when the ship is set to offer a 21-day cruise to Puerto Madryn.

Wrapping Intrepid’s maiden Antarctica season, the expedition sails from Ushuaia, and, in addition to the Antarctica Peninsula, includes visits to the Falklands and South Georgia.

Originally built as a Soviet cruise-ferry, the Ocean Endeavour first entered service in 1981.

After being converted into a full-time cruise ship in the 1990s, the vessel has spent the last decade offering expeditions to polar and remote areas.

With capacity to 200 guests, the 13,000-ton ship operates with one crew member for every eight travelers, Intrepid said.

According to the company, the ratio allows for a “a more personal, informative and comfortable trip.”

Onboard facilities include a 24-hour library, a pool deck, a gym, a sauna, a restaurant and three lounges, as well as a medical clinic, a laundry and a panoramic top-deck observation platform.

Initially planned for the 2020-2021 season, Intrepid’s maiden program in Antarctica was first announced in 2018.

Focusing on sustainability, the operator offers carbon-offset departures, in addition to eco-friendly measures such as no single-use plastic, reusable water bottles for every guest and only sustainable seafood served onboard.