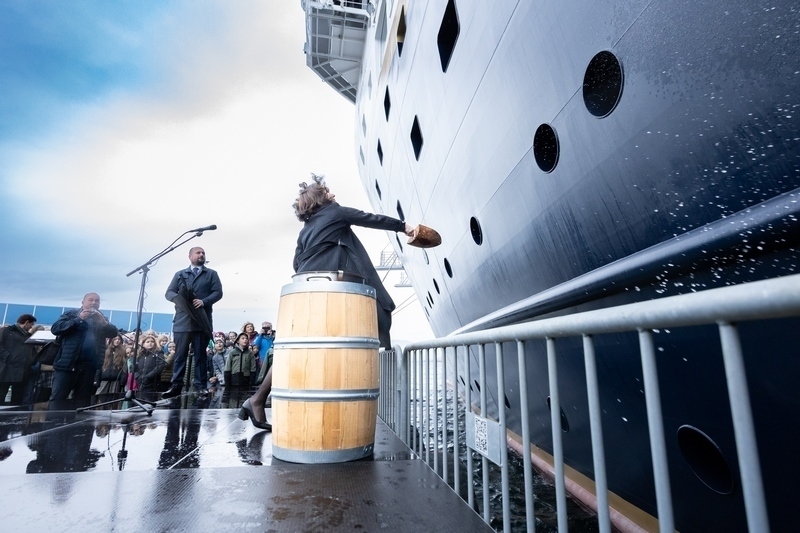 Havila Voyages’ Havila Capella was christened this week at the cruise line’s head office in Fosnavåg, Norway, by godmother Hege Sævik Rabben, according to a press release.

The christening ceremony took place just over a year after the ship began service along the coastal route between Bergen and Kirkenes. Rabben, a Havila Voyages board member, christened the ship in clean water taken from Geiranger, according to the cruise line. 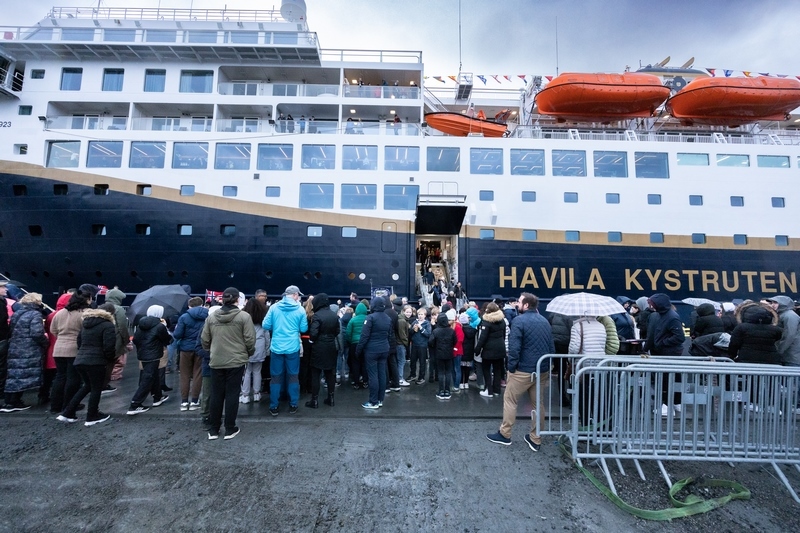 “It is a great honor to be the godmother of such a great ship, especially here in Fosnavåg where the ship is registered and the shipping company has its head office”, said Sævik Rabben. “For both Havila Capella and the company, it has been a difficult start to the operation along the coastal route, but we are optimistic for the future.”

Havila Capella’s name, like the rest of the company’s fleet, was inspired by stars. Per Saevik, chairman and main shareholder, announced a naming competition for his eight grandchildren in which they would have to choose a star name for the new ships.

“The names of all four of our ships are guiding stars. Throughout history Capella, Castor, Polaris and Pollux have been used for navigation at sea and to guide sailors home,” commented Sævik. 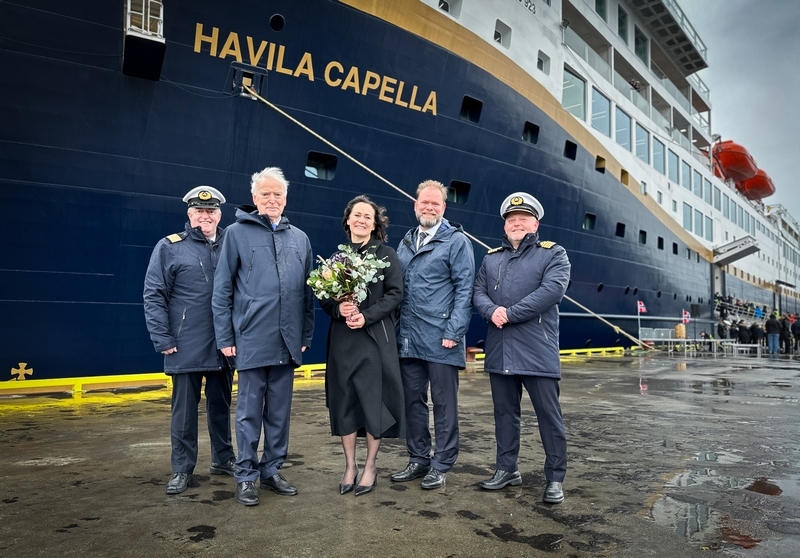 “The characteristics of Havila Capella make her a guiding star along the coast, like her sister ships,” stated Bent Martini, managing director, Havila Voyages.

With its hybrid operation of liquefied natural gas and the world’s largest battery pack on a passenger ship, the Havila Capella is the most environmentally friendly ship on the coastal route, the company highlighted.

“We have already sailed the world heritage in the Geirangerfjord emission-free, 4 years before the authorities’ requirements, and have ships that have been built to meet the future requirements and opportunities for completely emission-free sailings. It is therefore fitting that Havila Capella is named after a guiding star.”