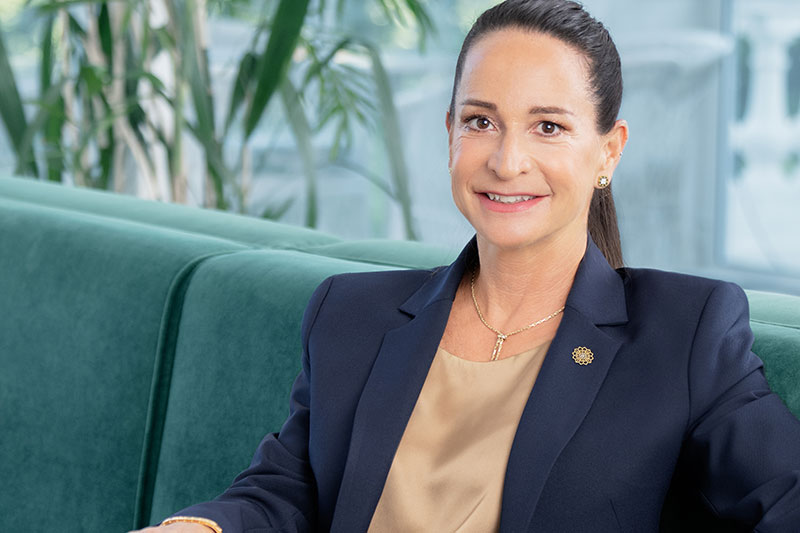 Explora Journeys has announced the appointment of seven new positions as Explora I, the first of its six ships set to make her maiden Journey in summer 2023, according to a press release.

The company said that it continues to build its management team in parallel to sourcing a team of hospitality experts from around the world as part of its global recruitment program and is on target to reach an optimum level of 640 hosts for Explora I to create an ‘Ocean State of Mind” for each guest.

Michael Ungerer, Chief Executive Officer, Explora Journeys, said, “We are a step further forward in our vision to create a team of diverse and multicultural, luxury hospitality professionals. Embracing a customer centric mindset and culture, we are poised to provide intuitive and respectful hospitality as we continue our vision to transform luxury ocean travel. I am extremely proud of our team who are leading this critical phase of our journey and wish all our team members every success on their journey with us.”

Heike Berdos (pictured above), General Manager, Explora I, formerly Hotel Director with Azamara Cruises where she spent fifteen years as part of the starter team to launch the new brand. Prior to this, Heike used to work for MSC Cruises as Shore Excursions Manager and held various guest service positions with Celebrity Cruises over 23 years culminating to her appointment as Hotel Director. Heike was born in Germany and raised in Algeria, Canada and Germany.

Simone Canessa, Staff Captain, Explora I, started his career with MSC onboard of MSC Rhapsody in 2005. The past seventeen years during his tenure with Costa Cruises, Simone held various position both onboard and ashore before being promoted to Staff Captain in 2021. He was born and raised in Italy.

Antonio Iaccarino, Chief Engineer, Explora I, formerly Chief Engineer for five years as part of a 27-year career with the MSC Group where his career began as 2nd Engineer leading to promotions to 1st Engineer and Chief Engineer in both the Cargo and Cruise Divisions. Antonio was born and raised in Piano di Sorrento, Italy.

Salvatore Ciampa, Chief Engineer Explora I, formerly Chief Engineer for 3 years as part of a 20-year career with the MSC Group where his career began as a Cadet Engineer, progressing through Engineer roles in the Cruise Division. Salvatore was born and raised in Vico Equense, Italy.

Further to the recent unveiling of the culinary philosophy, Explora Journeys has appointed a further three key positions to bring Head of Culinary, Franck Garanger`s, culinary vision to life throughout eighteen food and beverage experiences including eleven culinary options.

Franck Garanger, Head of Culinary, Explora Journeys said “We continue to attract and build a stellar team of award-winning professionals to bring our vision to life. Remaining true to our commitment to provide distinct and sophisticated culinary experiences where ingredients are hand selected to ensure only sustainably sourced are selected, we place integrity at the core of our vision. I am so excited to be working with a dynamic and creative team, focused on showcasing a culinary `Ocean State of Mind` for our guests.”