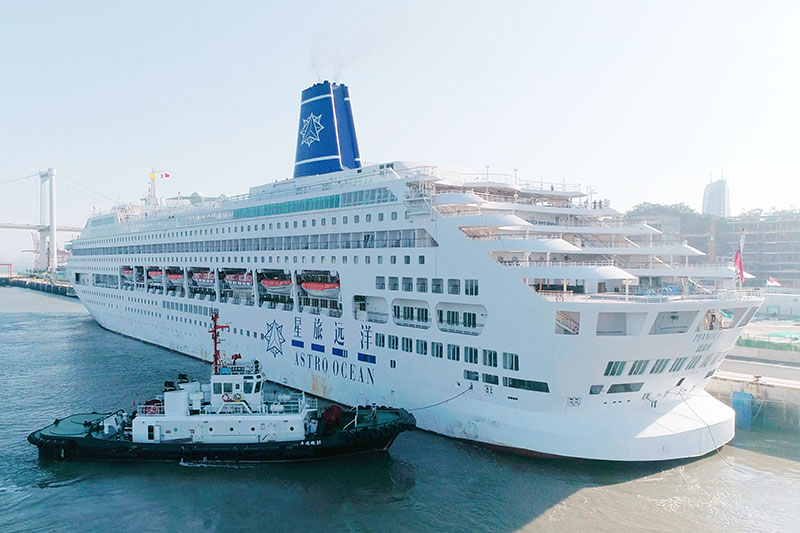 With the industry returning to pre-pandemic levels around the world, China remains the only major cruise market where vessels remain out of service.

Cruise Industry News looks into the ships that are still waiting to resume revenue operations in the region.

After being handed over to Carnival China (CSSC) in 2020, the Costa Atlantica remains out of service in the Mediterranean.

Also out of service in the Mediterranean, the Costa Mediterranea was sold to Carnival China (CSSC) along with its sister ship Costa Atlantica and is facing a similar situation.

Handed over to its new owners in 2021, the 2,100-guest sailed for Costa Cruises through the beginning of the COVID-19 pandemic.

Previously operated by Costa Asia, the Costa Serena is waiting for a decision regarding its future while laid up in the Middle East.

With plans for a 2022 service resumption in Asia now cancelled, the vessel may soon return to the Western Hemisphere for cruises in other parts of the world.

Sold by Princess Cruises in 2020, the former Sea Princess remains out of service after being acquired by Foresee Cruises.

The Chinese startup cruise operator sent the 1998-built vessel to a drydock where it received a new livery and was officially renamed Charming. Plans for a May 2021 service launch, however, never materialized.

After debuting in Asia in 2019, the Piano Land is yet another cruise ship that remains out of service in China.

Operated by Astro Ocean Cruises, the former Oriana underwent a major drydock in May 2022 but continued laid-up in Xiamen.

Built for Royal Olympic Cruises in the early 2000s, the Chinese Taishan has been sailing in China for Bohai Ferry since 2014.

With the COVID-19 pandemic, the former Olympic Voyager remains out of service since the biggening of 2020.

Operated by Diamond Cruises through 2019, the Blue Dream Star was sold to a new operator after being arrested in China.