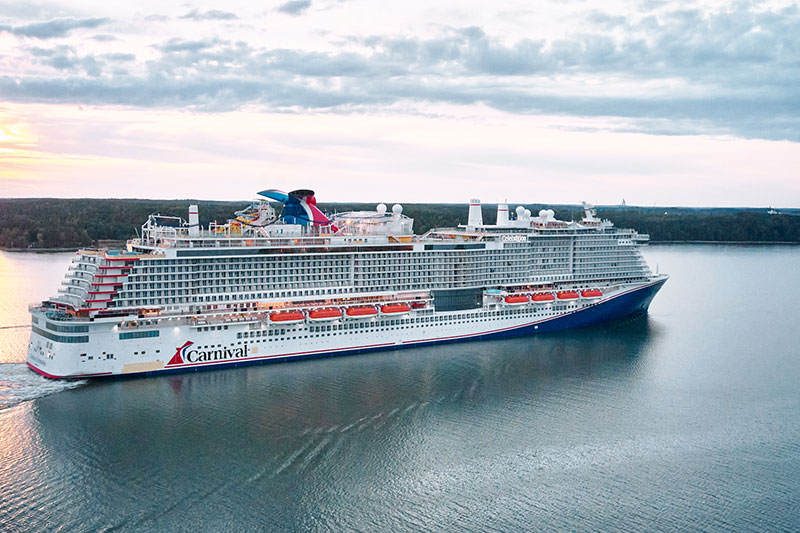 The Carnival Celebration is now on its way to Miami.

After being delivered by the Meyer Turku shipyard earlier this month, the new Carnival Cruise Line vessel is offering a trans-Atlantic crossing ahead of its U.S. debut.

The new Carnival cruise ship sailed from Southampton for the 14-night voyage to its homeport South Florida homeport on Sunday.

The departure included a first-look event onboard and marked Carnival’s first time bringing a new ship to the UK in 20 years.

Before launching service from PortMiami, the new Celebration is set to visit several destinations Portugal and Spain as part of the crossing as the itinerary includes calls to Funchal, St. Cruz de Tenerife, La Coruña and more.

Once in North America, the LNG-powered ship is set to be officially named during a ceremony that will feature Cassidy Gifford as godmother.

Cassidy is the daughter of the long-time Carnival friend Kathie Lee Gifford, who served as the godmother of the original Celebration in the 1980s.

On Nov. 21, the Carnival Celebration kicks off its year-round program of Miami-based Caribbean cruises.

Sailing from Carnival’s new Terminal F, the itineraries sail to both Western and Eastern Caribbean and include visits to Mexico, Honduras, Dominican Republic, Grand Turk, the Bahamas, St. Maarten and more.

A sister to the 2021-built Mardi Gras, the Carnival Celebration features six unique zones onboard.

One of them is the Miami-themed 820 Biscayne. A nod to the ship’s homeport, the area celebrates the culture, architectural styles and flavors of the home city where Carnival was founded in 1972 and offers Miamian food and beverage options.

The 5,200-guest vessel is also equipped with BOLT, which became the first roller coaster at sea after debuting on the Mardi Gras.

Other features include The Golden Jubilee, a lounge that celebrates Carnival’s 50 years of history, with original fittings and memorabilia from past Carnival ships.