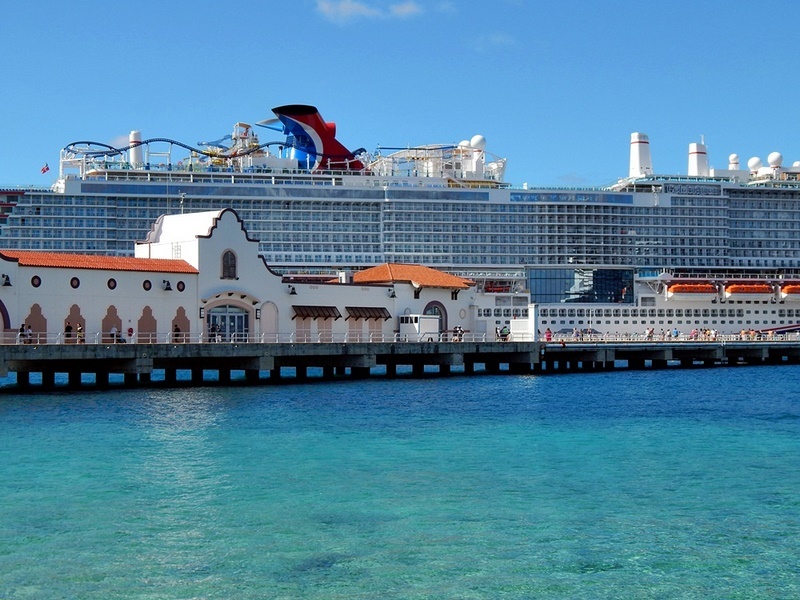 The new Carnival Celebration visited Cozumel for the first time on Tuesday.

The Mexican port was the first call of the ship’s maiden seven-night cruise to the Western Caribbean.

After departing from Miami on Sunday, the LNG-powered vessel is also set to visit Costa Maya and Mahogany Bay before returning to its South Florida homeport on Dec. 4.

As the second XL-Class ship to enter service for Carnival Cruise Line, the new Celebration first welcomed guests on Nov. 9. At the day, the 5,200-guest vessel departed on a 14-night transatlantic crossing from England.

Upon arriving in its Miami homeport, the ship was christened at a special ceremony on Nov. 21. The actress Cassidy Gifford – daughter of Kathie Lee Gifford, who was the godmother of the original 1987-built Celebration – served as the ship’s godmother.

The Celebration then kicked off a year-round program of Caribbean cruises sailing from the revamped Terminal F in PortMiami.

For its first itinerary in the region, the ship offered a six-day cruise to Grand Turk, Amber Cove and Nassau.

With 180,000 gross tons, the vessel features six unique zones onboard including the Miami-themed 820 Biscayne.

A nod to the ship’s homeport, the area celebrates the culture, architectural styles and flavors of the home city where Carnival was founded in 1972 and offers Miamian food and beverage options with dining venues that include Deco Deli and the Miami Slice pizzeria.

The ship is also equipped with BOLT, which became the first roller coaster at sea after debuting on the Mardi Gras.

Other features include The Golden Jubilee, a lounge that celebrates Carnival’s 50 years of history, with original fittings and memorabilia from past Carnival ships, and Celebration Central, a three-deck atrium that is also used for shows and other performances.