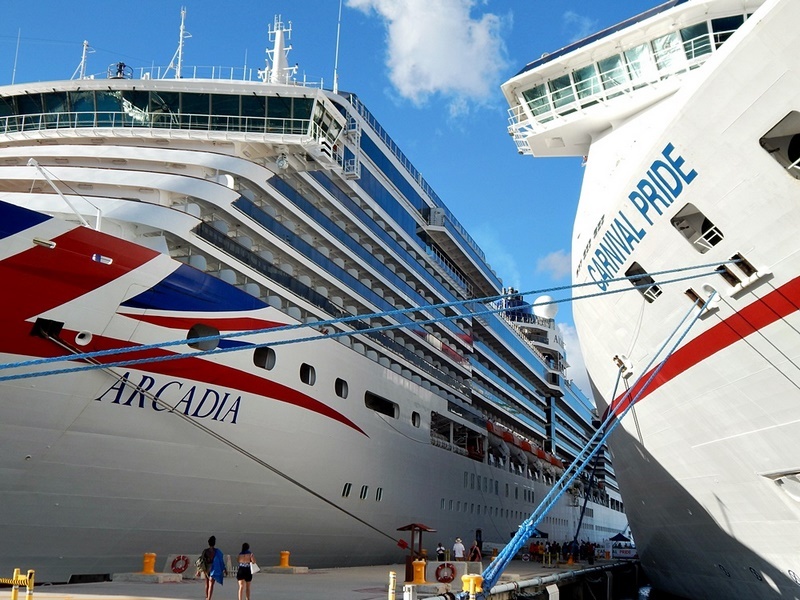 The Mexican port of Cozumel saw a busy cruise ship day on Tuesday, with a total of five ships from Carnival Cruise Line, Royal Caribbean and P&O Cruises docked at its cruise terminals.

In addition to three regular visitors, the destination received the maiden call of the new Carnival Celebration and also an unusual call of P&O’s Arcadia.

Usually sailing in Europe during most of the year, the 2005-built vessel is currently offering a 40-day cruise to the Caribbean.

Sailing roundtrip from England, the month-long voyage also includes visits to other destinations in the region – including Aruba, Jamaica and Puerto Rico, as well as calls in the United States, the Canary Islands and Azores. 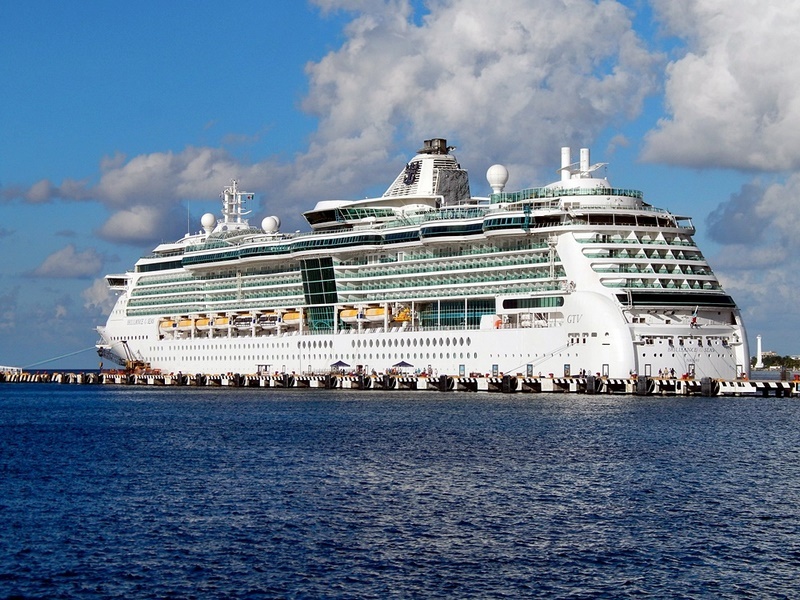 Currently based in New Orleans, the Radiance was offering a four-night cruise to the Western Caribbean that also included a visit to Costa Maya.

The Brilliance, meanwhile, is also sailing from the Port of Tampa Bay. After returning from a summer program in Europe earlier this month, the vessel was offering a 5-night cruise to Mexico and the Caymans.

The highlight of the day, the Carnival Celebration became one of the biggest ships to visit Cozumel. After departing from Miami on Sunday, the 180,000-ton vessel is offering a seven-night cruise to the Western Caribbean that also includes visits to Costa Maya and Mahogany Bay.

The LNG-powered ship is now set to visit Cozumel regularly during its year-round program of Western and Eastern Caribbean cruises.