Arnold Donald to Leave Carnival Corporation’s Board of Directors 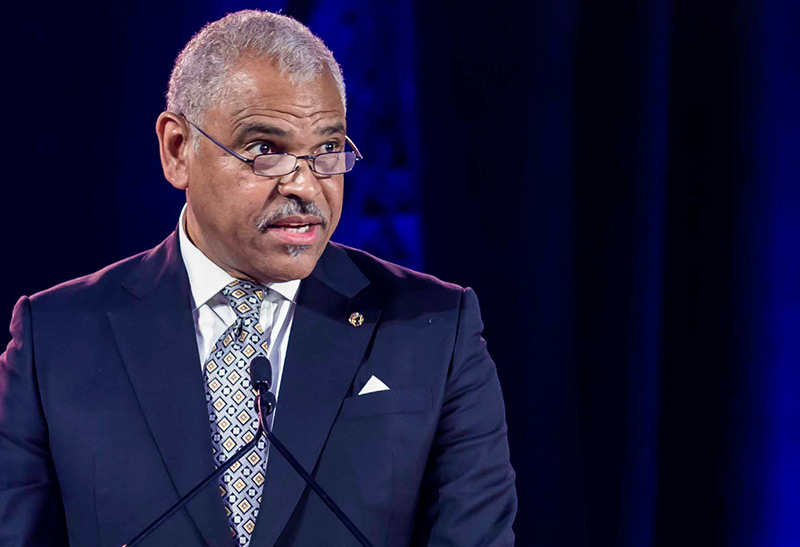 Earlier this year, with the successful return of Carnival Corporation’s fleet into service, Donald announced his decision to leave the CEO role, turning it over to his colleague, Josh Weinstein, who was promoted from chief operations officer into the role of President and CEO, with Donald continuing to support the company in the short term during the transition as Vice-Chair.

“I am extremely proud of all we have accomplished together these past nine years, including the critical roles played by the Board, the senior leadership and every person in this amazing company who worked tirelessly with unmatched commitment, dedication and ingenuity to put our company, following the global pandemic’s industry impact, in a position to continue the sustained success we were enjoying,” said Donald. “It is an honor and a privilege to serve this great company, and after 21 years of serving on the Board, I feel the time is right for me to step aside, making room for others to enjoy the experience of contributing their leadership to our company while providing me increased flexibility to contribute outside of Carnival Corporation.”

Micky Arison, Chair of the Boards of Directors of the corporation, praised Donald, thanking him for his leadership and successful efforts over the years.

“In working closely with Arnold for more than 20 years, I have the utmost respect for him as a person and as a professional,” said Arison. “He leads by example, listens intently, acts with integrity and puts a strong emphasis on supporting everyone around him. Arnold connects deeply with people and has an extraordinary ability to communicate, which has made him one of the most important and influential voices in our industry.”

“Arnold came in with a fresh point of view and an infectious, positive attitude, and he was able to build on Carnival Corporation’s long-term success,” said Weisenburger. “We have such great respect for Arnold as a colleague and a proven leader with a strong track record of success — and the company has seen impressive accomplishments during his time, expanding the cruise market and accelerating our growth trajectory as the largest cruise operator in the world.”

Donald has agreed to continue to provide counsel and advice to the company and its Boards through a consulting agreement.