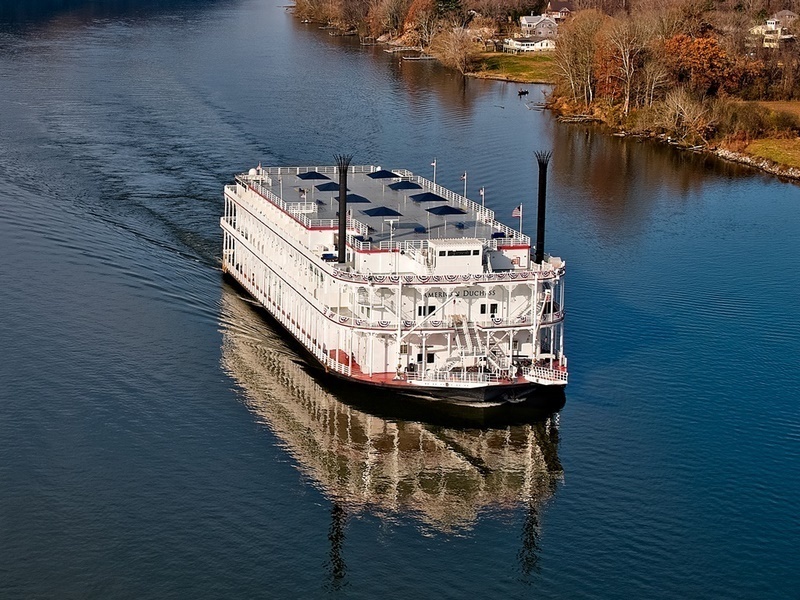 The American Duchess is set to undergo a major refurbishment in 2023 and re-enter service in 2024.

According to a press release issued by American Queen Voyages, the riverboat will receive upgrade enhancements that include elevated services, a new shore enrichment program and debut with re-created itineraries.

A purpose-built boutique paddlewheeler, the Duchess originally entered service in 2017 and holds only 166 guests.

Following the refit, the vessel is set to become a “symbol of prestige on America’s rivers,” AQV said.

The upgrades are said to honor the American Duchess’ history, while incorporating elevated onboard services and a dedicated shore enrichment program specific to the vessel, along with re-imagined itineraries.

The American Queen Voyages leadership team is currently assembling an American Duchess-specific advising task force of travel partners, agents, and hospitality industry experts to prioritize feedback in order to deliver an immersive, dynamic experience for every guest, the company added.

The American Duchess will sail the first half of 2023 before her extended layup begins in June 2023.

Following the work, the vessel will be ready to set sail for the 2024 season with additional enhancements and updates that will be announced over the coming months.

The upgrades are part of a larger strategy to further enhance the company’s travel experiences, American Queen said.

Built from an existing hull of a retired casino boat, the American Duchess is part of American Queen Voyages’ fleet of paddlewheelers.

Other vessels include the American Empress, which sails on the Columbia and Snake Rivers, and the American Countess, which entered service on the Mississippi in 2021.

The brand also operates the American Queen, which is said to be the largest paddlewheeler ever built, in addition to a fleet of coastal and expedition vessels.

Sailing the Great Lakes, the West Coast and Alaska, the Ocean Victory, the Ocean Navigator and the Ocean Voyager were previously operated by the sister brand Victory Cruise Lines.