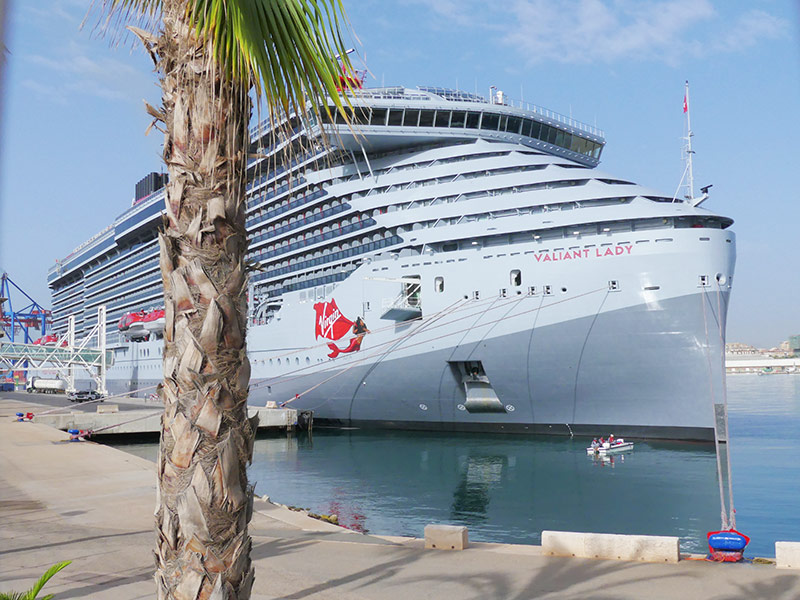 Wrapping up its inaugural summer in Europe, the Valiant Lady is starting a trans-Atlantic crossing to the United States.

The 14-night voyage departs from Barcelona today and marks the North American debut of the Virgin Voyages vessel.

In addition to the Spanish port, the one-way voyage includes visits to four European destinations, such as Ibiza and Funchal, before arriving in Miami on October 30.

Once in the U.S., the 2021-built cruise ship is set to kick off a series of week-long voyages to the Caribbean and the Bahamas.

The program includes two different itineraries, such as the “Western Caribbean Charm.” Sailing to Mexico, Honduras and the Bahamas, the voyage features visits to Costa Maya, Roatán and Bimini.

Following the Scarlet Lady, which entered service in 2021, the Valiant Lady debuted in March 2022.

Like the Scarlet Lady, the Valiant offers an adults-only product that focuses on what Virgin calls an intimate and elevated all-inclusive experience.

As part of the concept, the 2,770-guest vessel boasts 20 dining venues, in addition to many entertainment options. A highlight is The Manor – a two-story 1970s-style nightclub inspired by Virgin’s heritage in the music business.

Another feature is the Red Room, which, according to Virgin, is the first transformational multi-form theater at sea.

The venue can be transformed into four different configurations – including traditional Proscenium stage, to alley stage used in fashion shows, to a dance flat-floor configuration and finally a unique reverse stage setup.