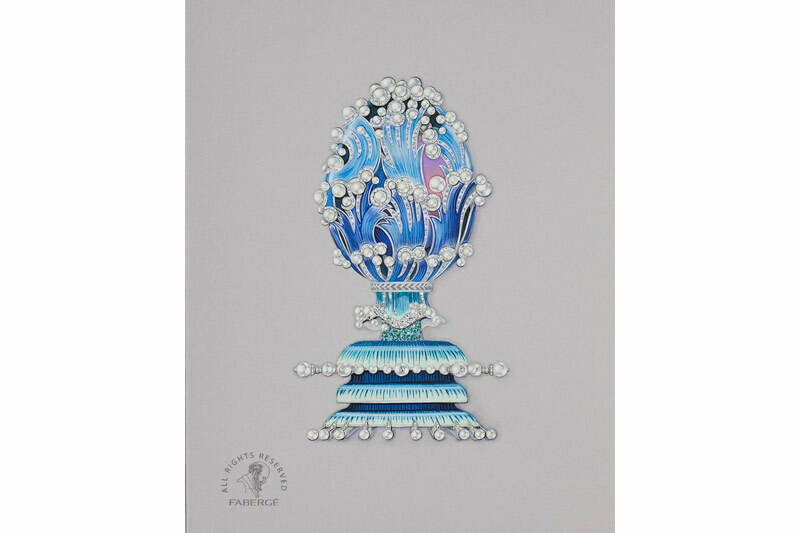 Regent Seven Seas Cruises and Fabergé have joined forces ahead of the Seven Seas Grandeur’s maiden sailing in November 2023, to design a Fabergé egg that will be featured on the ship, according to a press release.

The Fabergé egg will highlight the ship’s new art collection, becoming the first Fabergé Egg Objet to reside permanently at sea, but will not be available for sale. The collaboration between the two brands will also include the creation of two Spotlight Voyages, according to Regent Seven Seas Cruises.

“For Fabergé to have been selected to create the jewel in the crown of Seven Seas Grandeur’s prestigious art collection, which will permanently live at sea, is a very exciting milestone and a first in Fabergé’s 180 year history,” said Josina von dem Bussche-Kessell, creative director, Fabergé.

The “Journey in Jewels” is inspired by the Fabergé Winter Egg from 1913, as well as the natural elements of the sea. The egg object design’s exterior features an ombre enamel shell, while the outer egg shell is made up of seven blades representing the seven seas.

The art piece, designed by Fabergé’s Head of Design Liisa Tallgren, is entirely hand-crafted by one of Fabergé’s appointed workmasters and a dedicated team of artisans. From conception to completion, the egg will have taken 48 months to complete by November 2023, when it will be placed onboard the Seven Seas Grandeur.

In addition, the two new Spotlight Voyages have been designed to commemorate the ‘Journey in Jewels’. Fabergé’s curatorial director Géza von Habsburg will host the first exclusive sailing onboard the vessel in June 2023, sailing from Southampton, England to Stockholm, Sweden. Sarah Fabergé, Peter Carl Fabergé’s great-granddaughter and a founding member of the Fabergé Heritage Council, will also host a sailing on Seven Seas Grandeur in 2024.

“These exclusive new Spotlight Voyages are inspired by the timeless allure of the Fabergé Maison. Travelers will not only be immersed in the rich culture and heritage of the world’s foremost jewelry brand, but they will also enjoy the unrivaled Regent experience, which has been honed to perfection over 30 years,” commented Jason Montague, president and chief executive officer, Regent Seven Seas Cruises.