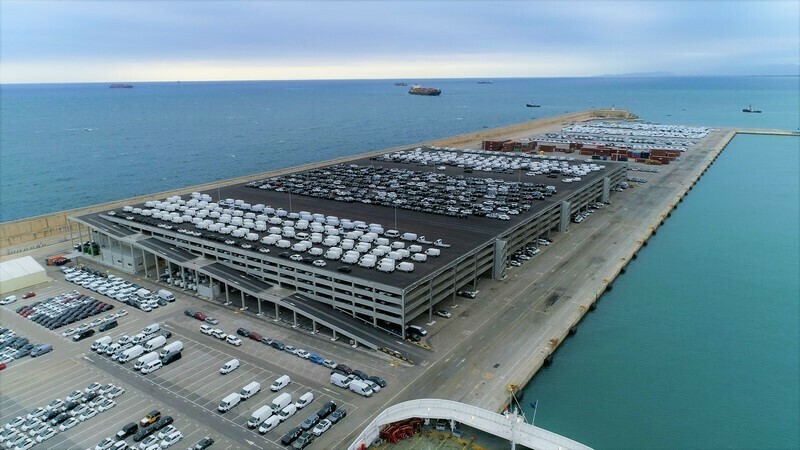 The Port Authority of Valencia’s Board of Directors has approved the installation of a solar plant on the roof of the Valencia Terminal Europa, with the goal of increasing the use of solar energy to 14 percent, according to a press release.

Two solar plants will be installed in the port area, with this installation covering a surface area of 27,700 square meters on the roof of the Grimaldi terminal, while the project’s budget will exceed 17 million euros, according to the Port of Valencia.

The infrastructure will include 10,773 photovoltaic modules installed on a four-degree inclined metallic structure facing south. Four transformers, two of 1,250 kVA and two of 1,600 kVA, will be installed in two transformer centers. This installation will generate nearly 8,380 MWh/year, accounting for approximately 11 percent of the Port of Valencia’s electrical energy consumption.

This is the second project to be launched in the Valencian precinct, as the Port Authority of Valencia also issued a tender for a photovoltaic energy plant to be located on the Principe Felipe dock, with a base budget of roughly three million euros. This installation will produce 2,353 MWh per year, or 3 percent of the electrical energy used by the Port of Valencia.  As a result, these two plants will produce 14 percent of the electrical energy required by the precinct.

Both projects are funded by the European Union’s Next Generation funds and the Spanish government’s Recovery, Transformation, and Resilience Plan.

The Port Authority of Valencia has also issued a tender for the solar plant at the Port of Gandia, which is set to become Europe’s first energy-self-sufficient port.