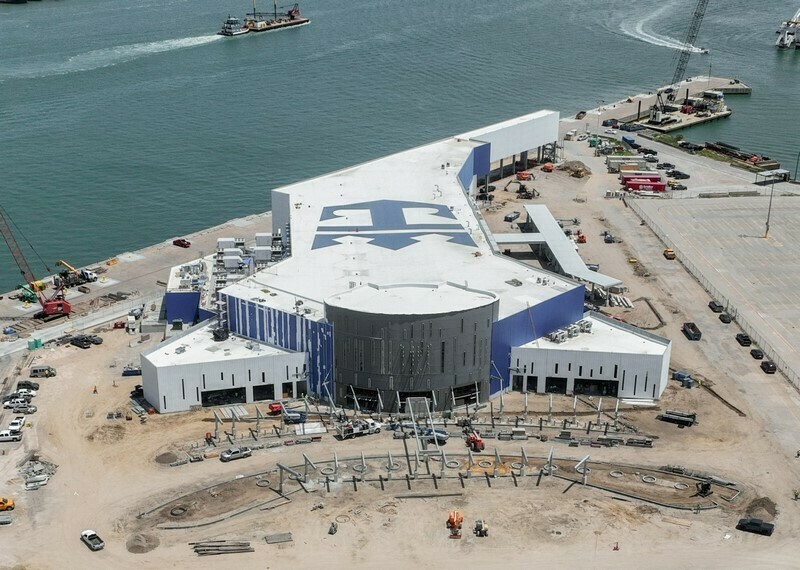 Galveston Wharves and its partners are making great progress in realizing long-term changes to protect the environment, wrote Roger Rees, port director and CEO, in his most recent newsletter. Through Green Marine, a voluntary environmental program for North America’s maritime industry, the port is researching and/or implementing new programs, from native plantings to shore power, for sustainable environmental benefits, he wrote.

Galveston will also be a leader in homeporting an LNG-fueled cruise ship, the newly built Carnival Jubilee. Scheduled to call Galveston home beginning in November 2023, the Jubilee will also be equipped for shore power, if it becomes available at the port.

The port is also partnering with community and business stakeholders on smaller projects to promote shared environmental goals.

Furthermore, according to Rees, the port is planning to install 28 electric vehicle charging stations at its cruise parking lots in 2023. The stations are funded in part by a $35,000 Texas Volkswagen Environmental Mitigation Program grant through the Texas Commission on Environmental Quality.

In September more than 30 volunteers with the Galveston Wharves and Ceres Terminals Galveston picked up litter and debris at Stewart Beach. Ceres Terminals, in partnership with Royal Caribbean Group, will operate the new $125 million cruise terminal opening in November at the Port of Galveston.

Earlier this year the Galveston Wharves was awarded a $5,000 grant from Clean Galveston to sustainably landscape the new Royal Caribbean cruise terminal with native plantings.

“This project has many benefits. It’s good for the environment, it advances our Green Marine environmental program, it promotes sustainable landscaping, and will inform cruise terminal visitors about the beauty and benefits of native plants,” Rees stated.

“We could not have envisioned where our journey would take us when we earned Green Marine certification in 2021. With the commitment of our board of trustees and staff, we’re identifying opportunities for partnerships on environmental programs unimagined just a few years ago.

“For example, business partners Metro Ports, Ports of America and Ceres Terminals have joined the port in becoming Green Marine participants. As we grow our circle of port partners, sharing ideas and efforts along the way, we collectively have a bigger impact.”