P&O Returns to Noumea as Cruising Resumes in New Caledonia 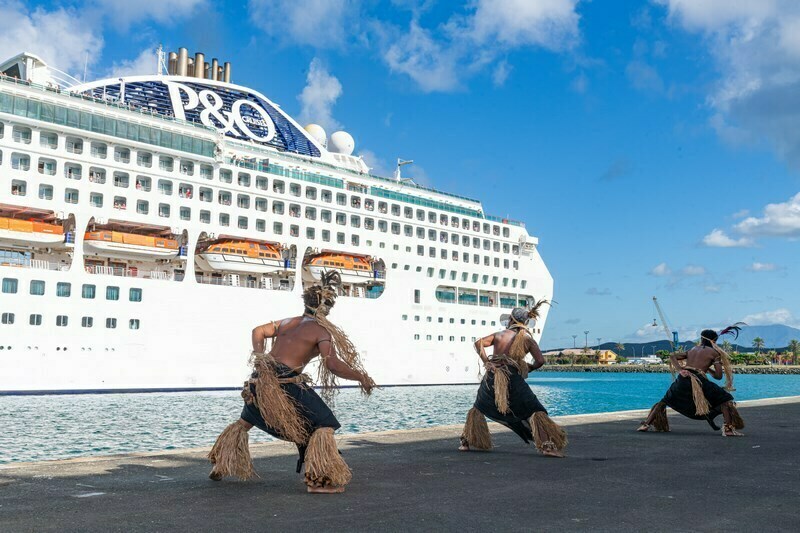 The resumption of cruising in the South Pacific is gaining momentum, with P&O Cruises Australia’s Pacific Explorer today becoming the first cruise ship to return to New Caledonia, according to a press release.

The Pacific Explorer sailed into Noumea this week for a historic overnight stay following the reopening of New Caledonia’s maritime borders to cruise tourism.

The call is the latest in a series of milestones for P&O’s flagship, which was the first cruise ship to return to Australia in April this year, as well as the first ship to visit New Zealand and Fiji in August.

“P&O Cruises has been sailing to New Caledonia for many decades, and so we are thrilled to return to this beautiful nation,” Fitzgerald said.

“Cruise tourism makes an important economic contribution to the island nations of the South Pacific, and we are looking forward to renewing our partnerships with the governments, businesses and communities of New Caledonia and strengthening them even further as our ships call once again.”

Ships from across Carnival Australia’s family of brands will make more than 20 visits to New Caledonia over the remainder of 2022, with more than 150 calls scheduled for 2023.

“New Caledonia has always been one of our guests’ favourite destinations, so we’re keen to give them even more opportunity to explore its offerings, including Noumea’s exciting new Quai Ferry development beside the cruise terminal.”

Ms Fitzgerald said Carnival Australia’s cruise lines were also looking at scheduling longer days in Noumea when their ships visited, an initiative made possible with the recent opening of the new Brisbane International Cruise Terminal.

“Thanks to the location and the design of the new Brisbane terminal, we can now reach Noumea faster than we used to, so we can spend more time visiting the city,” she said.  “That’s a real win-win development for New Caledonia and for our guests.”