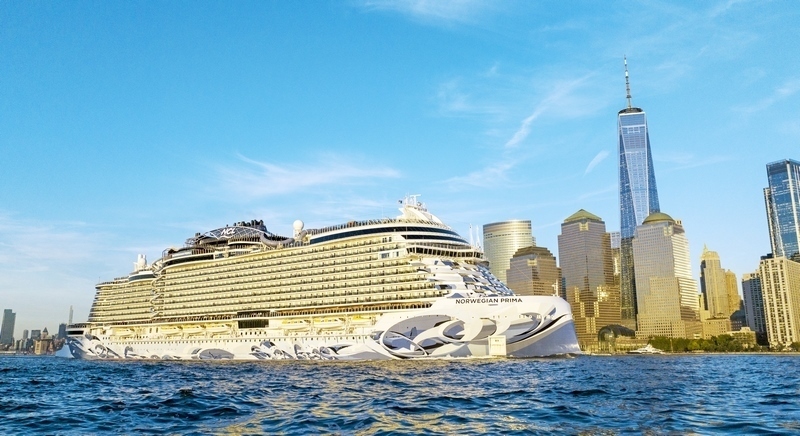 As the newest vessel in the Norwegian’s 18-ship fleet, the Prima debuted in North America following a launch ceremony in Reykjavik. In late August, it became the first major cruise ship to be christened at the Iceland port.

For its first time in the U.S., the Norwegian Prima welcomed more than 2,400 guests. According to Norwegian, the passengers were able to enjoy experiences only available on the Prima class, including the largest three-level racetrack at sea with the Prima Speedway.

“As a native New Yorker this city is dear to me as well as to our company, where NCL (Norwegian Cruise Line) has been sailing from the Big Apple since 1991, so we are thrilled that our newest ship, Norwegian Prima, completed her first U.S. voyage in New York City,” said Norwegian Cruise Line President and Chief Executive Officer Harry Sommer.

“We are very excited to show travelers all that Norwegian Prima has to offer, including more wide-open spaces, thoughtful design and elevated service that will exceed guest expectations,” he added.

During its first set of revenue voyages from New York City, the 3,215-guest vessel will visit warm-weather destinations – such as Bermuda, Virginia Beach, Dominican Republic, Mexico and Puerto Rico – through the end of October.

The Norwegian Prima will then return to the Big Apple in 2023 to offer roundtrip sailings to Bermuda starting on March 28.

The season extends through May 14, when the ship returns to Europe for a summer program sailing from Reykjavik, Iceland and Southampton, United Kingdom.